Khuzestan’s Protests Extend to Tehran and Across Iran

Iran’s Economy Will Soon Become the Next Venezuela 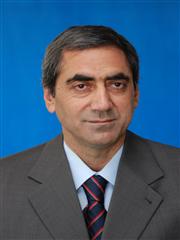 Mr. Javad Naghashan, member of the Mojahedin-e Khalq Organization, who was one of the injured victims of today’s missile attack on Camp Liberty, died in Baghdad Hospital.   Until 14:30 today two people have lost their lives as a result of the attack.  Earlier, Mrs. Kolthoum Sarahati, died during the attack.  27 others have received injuries as a result of today’s missile attack.

A great number of bunkers and facilities in Liberty have been severely damaged.  One of the bunkers caught fire after it was hit by a rocket and was completely destroyed.

This is the third missile attack on Camp Liberty since February 9, 2013.

Ms. Kolthom Serahati, a Liberty resident was slain as a result of rocket attack and a large number of residents were wounded. The attack with dozens of rockets took place simultaneous with the mullahs sham election and its widespread boycott by Iranian people.

None of the agents of Martin Kobler, the UN Representative in Iraq came to the scene.  Their absence at the time when they have to be present,  is very suspicious and questionable. These agents spend hours roaming in the camp and taking pictures and videos from all areas of the camp on daily basis.

Martin Kobler transferred the residents to Liberty Prison based on the fake promise of security and quick transfer to third country. During the Feb 9 rocket attack, eight residents were slain and 100 were wounded. Since then, at least on 11 occasions in writing and dozens of times through various methods Martin Kobler promised to resolve the issue of security of Camp Liberty. But in this period even the most basic measures such as returning the T-walls of the camp, transferring the residents’ helmets, and protective vets have not been implemented.

Camp Liberty came under a rocket attack once again, today at 13:15 local time, with a considerable number of missiles hitting the camp leaving many human casualties.  The attack takes place at the same time with the ongoing shame elections of the mullahs’ regime while it is boycott by the Iranian people across the border.

During the past four months and following the February 9 rocket attack, Liberty residents along with many personalities and international organization have repeatedly called for the return of the residents to Ashraf to provide minimum security.  Eight residents were killed and one hundred wounded in the February 9 attack.

INU –  UN spokeswoman Eliana Nabaa told AFP: “I can confirm that there was a deadly attack.”

She said: “We don’t have the figures but yes, people were killed and injured.”
INU –  Mrs Kolthom Serahati was slain and a large number of residents were wounded. 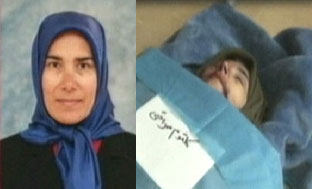 None of the agents of Martin Kobler in Iraq came to the scene.  Their absence at the time when they have to be present is very suspicious and questionable.

The agents spend hours roaming in the camp and taking pictures and videos from all areas of the camp on daily basis.

Iran: The Connection Between the Vienna Talks and Attacks on US Forces