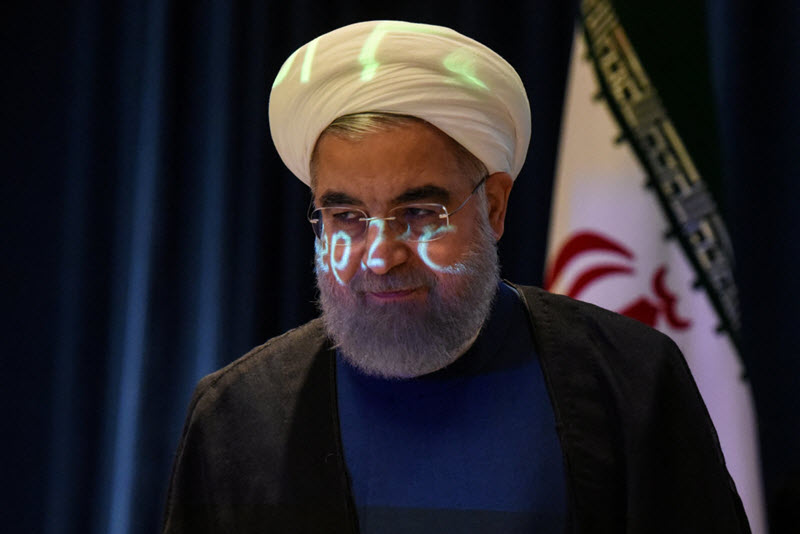 To compensate for those threats, the Iranians have demanded guaranteed oil revenues and foreign investment, but this has of course proven to be a tall order for the counterparts in the West. Consequently, the Reuters report noted that diplomats were already predicting the European Union would fall short of Tehran’s demands, potentially prompting the wholesale abandonment of the agreement.

In theory, there is still time for the two sides to come to an agreement, in partnership with the other two remaining signatories to the JCPOA, Russia and China. That is to say, US sanctions are scheduled to snap back into place in two phases, one in August and one in November, as Al Jazeera noted on Friday. European entities might hope to continue doing business with Iran in the meantime while still promoting a solution that would preserve Iran’s interests and also insulate European businesses from the impact of American punitive measures. But there are also important questions regarding which threat would be a greater motivator for the Europeans: the Iranian threat to abandon the JCPOA and resume full-scale nuclear enrichment, or the American threat of punitive measures for providing capital to the Islamic Republic.

Many Western businesses have little doubt about the answer, insofar as they have moved relatively quickly to halt or scale down their professional relationships with Iranian counterparts in the aftermath of the US pullout in May. Others have delayed somewhat, but the overall trend continues to move in the direction of less investment in the Islamic Republic. And far from motivating the relevant entities to reverse course, Iranian threats may actually be contributing to this trend by highlighting the national security threats posed by the Iranian regime.

The Reuters report on Friday’s meeting pointed out that this is also something the Trump administration has sought to emphasize – a task that may have been made easier by reports of a planned terror attack on an Iranian expatriate gathering in France, allegedly ordered by an Iranian diplomat in Austria who was among four people arrested in connection with the incident. The gathering in question was the annual summer rally of the National Council of Resistance of Iran, and was accordingly attended by hundreds of NCRI supporters drawn from the political, security, and academic circles of Europe and the Americas.

The J. Post described the bomb plot as opening a diplomatic rift between Austria and Iran, and it did so in the context of a report on the announcement that Austrian Airlines is halting its service to the Iranian cities of Isfahan and Shiraz. This is a notable reversal, in view of the fact that the expansion of the airline’s service to those cities had been announced with great fanfare in the wake in the implementation of the nuclear deal. Thus, Friday’s announcement is another example of Iran losing support among would-be European business partners, and it may also be indicative of how Iran’s ongoing commitment to foreign belligerence is contributing to this trend.

The diplomatic effects are still being felt from the terrorist plot for the NCRI rally. Eurasia Review reported, for instance, that the Netherlands has moved to expel two Iranian diplomats from the country. This in turn prompted the Iranian Foreign Ministry to summon the Dutch ambassador in protest. In this way, the regime demonstrated its unwillingness to either acknowledge wrongdoing or to negotiate with European entities that perceive themselves as being under threat from Iranian operatives. Foreign Ministry spokesman Bahram Qassemi declared that the Islamic Republic reserves the right to retaliate, as well as accusing the Dutch government of doing wrong by “sheltering” the NCRI’s primary constituent group, the People’s Mojahedin Organization of Iran, which advocates for a democratic system of government in Iran but is characterized as a criminal or terrorist group by regime authorities.

To the extent that Iran’s terrorist plot is harming overall diplomatic relations with Europe, it is all but certain to have a negative impact on last-minute efforts to preserve the nuclear agreement. But even more than that, it may affect Iran’s prospects for securing a beneficial transition into post-JCPOA circumstances.

For as long as Iranian assets remain unfrozen under that agreement, Iranian officials may seek to repatriate those assets from European countries before access is definitively closed off once again. This is exactly what they are doing in Germany, where approximately 300 million euros are being held in the Hamburg-based European-Iranian Trade Bank. But Bloomberg reports that the potential exchange is being heavily scrutinized by German regulators, especially by the Financial Intelligence Unit of the German customs agency, which focuses on threats of money laundering and terrorist financing.

One would naturally assume that credible reports of a terrorist plot sponsored by Iran within the European Union would only further raise the level of scrutiny being given to Iranian state assets that might end up in the hands of individuals or entities responsible for this or any similar plots.