In fact, the Regime could not survive without their sexist laws, which include:
• considering women the property of their closest male relative
• having the marriageable age for girls being set at just nine
• forcing women to wear the hijab
• banning women from dancing or singing on social media
• considering a woman’s testimony in a legal trial worth half that of a man’s
• not being able to accuse a man of rape without four credible witnesses
• banning women from riding bikes 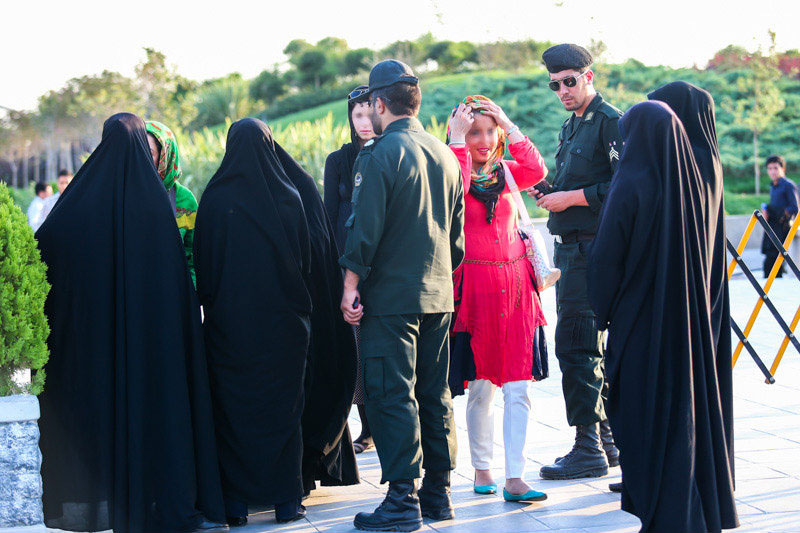 Maryam Rajavi has seen that the most recent Iranian uprising, which began in December 2017, is being led by women; with female teachers, medical staff, students, factory workers, and pensioners all taking to the streets in all 31 provinces to demand change from the Regime. They are not only asking for better pay but also an end to discrimination, repression and the Regime’s aggressive military adventurism across the Missile East.

This is not a new phenomenon. Iranian women have been the driving force behind protest movements in Iran since at least the 1979 Revolution, which was later usurped by the mullahs, and they will continue to be so. That’s why Maryam Rajavi made sure that women make up half of the senior leadership of the Iranian Resistance. These women are strong and they are led by a lioness, so soon they will cut down the mullahs.

Maryam Rajavi is not merely popular amongst the Iranian people but has a lot of support from political figures across the world, from monarchs to presidents to parliamentarians. Some of her biggest supporters include US National Security Advisor John Bolton, Donald Trump’s personal lawyer Rudy Giuliani, and former first lady of Algeria Anissa Boumediene.
Boumediene pledged her public support to Maryam Rajavi and the Iranian Resistance recently and urged others to do the same.