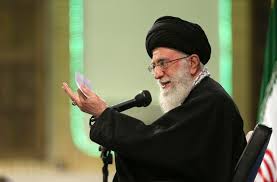 The Free Beacon emphasizes the case of Venezuela, where a number of Iranian agents have reported been found to be in possession of local passports, given them virtually unrestricted access to range of other Latin American countries. And according to presenters at this event, the goal of such access is not merely espionage but rather direct political influence and the shaping of anti-American and anti-Jewish ideologies.

This issue has been prominently on display in recent months in the circumstances surrounding the death of Argentinian federal prosecutor Alberto Nisman, who was apparently murdered in his apartment in January just a day before he was scheduled to give testimony showing that high-ranking Iranian officials had been responsible for the 1994 bombing of the Argentine-Israeli Mutual Association building, and that the current Argentine government had helped to cover this up in exchange for favorable trade deals.

The AIMA bombing killed 85 people and was only one of many terrorist incidents in Latin America in the 80s and 90s that were believed to be carried out by agents of Hezbollah at the direction of Iran. The controversy over Nisman’s case and the broader evidence of Iranian presence in Latin America raises considerable concern about Iranian proxies building new bases of operations in the Western hemisphere, with the possible toleration of some Latin governments.

But the fear of expanding Iranian influence isn’t limited to Latin America. Indeed, it is not even strongest there. US officials and their allies are also tasked with confronting or managing Iran’s political intervention in its own global neighborhood, where it is currently believed to be supporting and directing Shiite militias in Iraq and Yemen, as well as the Houthi militants who have seized power in Yemen, raising fears of the Iranian threat positioning itself just beyond the border of its key regional adversary, Saudi Arabia.

Business Insider reported on Friday that the US government was involved in high-level policy discussions to determine how to convince its traditional Middle Easter allies, in the words of Defense Secretary Ashton Carter, “that America isn’t going to hand the house keys of the Persian Gulf over to Iran and then pivot to Asia?”

Recommended solutions involve the signing of formal defense pacts with Middle Easter Arab states, the declaration of a less binding security agreement, and the provision of advanced weapons to Saudi Arabia and others, to help them continue to confront the Iranian threat autonomously, as they have done in Yemen with an Arab coalition bombing campaign.

But Business Insider points out that none of the proposed solutions seem sufficient to address the deep-seeded Arab fears that surround the emerging nuclear agreement between Iran and the US, which looks to many like general rapprochement. Opponents of the Obama administration’s negotiations over this issue fear exactly the outcome that Secretary Carter described as “handing over the house keys.” That is to say, they fear that the US will give legitimacy to Iran’s political and military activities in the region.

Indeed, President Obama said in December that he expected Iran to become a “very successful regional power.” And in April, the end of the bombing campaign in Yemen was reportedly arranged as a result of US pressure for a political solution that includes an Iranian role in the country.

Fears of US toleration of Iranian influence are shared by Obama’s opponents inside the US, and they are amplified by the fear that such toleration will bring with it few returns in the form of genuine restrictions on the Iranian nuclear program. With two months to go until the June 30 deadline for a nuclear agreement, it is unclear how much has been agreed between Iran and the US.

This will perhaps become clearer in the coming days according to IranWire, which reported on Friday that Iranian officials were discussing the possibility of releasing their own factsheet on the framework for an agreement. Such a fact sheet was released on the US side immediately after the announcement of that framework on April 2. But soon afterward, Iranian officials disputed the American claims, suggesting instead that the framework was much more in line with Iran’s initial negotiating positions.

Publicity for the Iranian perspective on the emerging deal may help policymakers to better determine whether or not Iran is simply winning free influence from a weak US executive.