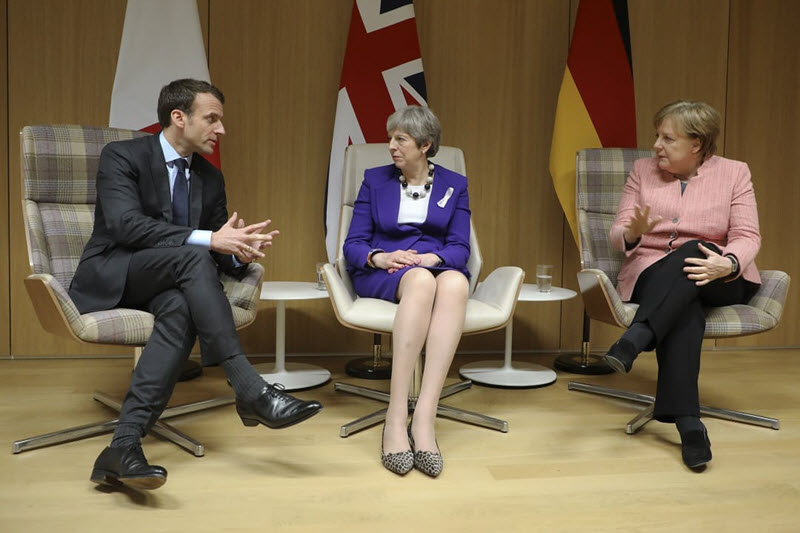 Trump’s well-publicized disdain for the agreement, along with his apparent intractability in the face of efforts by European partners to get him to change course, left little doubt about his decision to withdraw. But the other signatories to the agreement – the United Kingdom, France, Germany, Russia, China, and Iran itself – were reportedly hopeful that he would still take a less aggressive approach to sanctions, applying them only to Iran and giving foreign investors a significant grace period before they began to face consequences for doing business in Iran.

Although it will still take time for sanctions to be fully re-imposed, Trump signed a presidential memorandum putting the process into motion immediately after he delivered his remarks on Tuesday afternoon, suggesting that countries who do business with the US will need to immediately begin taking measures to either halt investment in the Islamic Republic or attempt to insulate themselves from American enforcement.

Questions remain as to which course of action various nations, including the signatories to the nuclear deal, will take. In the weeks preceding Trump’s announcement, some European officials suggested that the European Union might pass sanctions blocking legislation as it did in 1996. But this would require universal agreement on the issue by member states, and it is not clear how attainable this is, in light of varying levels of closeness with the US and varying expressions of concern about the Iranian activities that Trump highlighted in his speech.

Although the European parties to the Joint Comprehensive Plan of Action have continued to defend it against American pressure, they have also expressed views similar to Trump’s regarding the need for additional constraints on Iran’s ballistic missile development, support of terrorism, and intervention in regional conflicts such as the Syrian Civil War.

Additionally, the White House is evidently doing everything in its power to ramp up pressure on European allies in hopes of extending the effectiveness of the JCPOA withdrawal. Toward that end, Andrew Peek, the deputy assistant secretary of state for Near Eastern affairs, said of the US’s European partners, “We’re going to be encouraging them to reduce [their investments in Iran]. We are going to engage them constantly, as we have been, to try to get to a place where we come to an agreement that better addresses the totality of the Iranian regime’s threat.”

After quoting Peek on this point, Voice of America News also noted that Treasury Secretary Steven Mnuchin had promised to revoke licenses previously granted to Boeing and two European aircraft manufacturers who use American parts in their products. All three had entered into agreements to sell commercial aircraft to Iran after the JCPOA went into effect, although the New York Times reports that Boeing had neither fulfilled any orders nor placed them on its books, allowing for its chief executive to downplay the impact of the lost contract, valued at approximately 20 billion dollars.

UPI reported on Wednesday that the president announced in a cabinet meeting that the sanctions to come would be “among the strongest sanctions that we’ve ever put on a country.” As well as contributing to the pressure the White House is exerting on European partners, this statement apparently underscored the veiled threat he had made to Iran in his speech the previous day, when he predicted it would face “bigger problems than ever” if it decided to abandon its own obligations under the deal and accelerate its nuclear activities.

While the world waits to see what the European signatories of the JCPOA do in response to the American withdrawal, it also remains to be seen whether Iran will retaliate or try to keep the deal in force without the participation of the US. These two issues will almost certainly prove to be closely intertwined. On one hand, if Iran’s adversaries press it to pull out of the agreement on its own end, there will be little to discourage the Europeans from following the example of US sanctions. On the other hand, the US might succeed in pressuring the Europeans to follow suit first, in which place the Iranians will surely retaliate.

Already, Iranian lawmakers have responded to the news of Trump’s decision by burning a copy of the agreement and an American flag, for the first time within the chambers of parliament. Meanwhile, Iranian President Hassan Rouhani has noticeably positioned himself on the fence over the future of the nuclear deal. ABC News quoted him as boasting that preparations had been made for the start of unlimited nuclear enrichment, but the same report indicated that he was ready to meet with European officials to discuss the possibility of keeping the JCPOA in force.

“Everything depends on our national interests,” Rouhani was quoted as saying. But it is obvious that much will also depend on whether Europe entertains a more persuasive argument from Iran’s allies or its adversaries.

While the Trump administration is prominent among those adversaries, its assertive policy for the Islamic Republic is eagerly backed up by Israel and Saudi Arabia. Disclosures from Israeli intelligence were cited by Trump in his speech as “definitive proof” that Iran had been lying when it claimed its nuclear program was peaceful. And earlier, the administration had repeatedly called attention to ballistic missiles fired into Saudi Arabia by Iranian proxies in Yemen as evidence of Iran violating the “spirit” of the nuclear deal.

Both of the regional allies to the US were naturally quick to weigh in on Trump’s announcement. Of Saudi Arabia, Newsweek reports that its leadership had urged the snapback of international sanctions in response to any increase in Iranian nuclear enrichment activities. The Saudis also reiterated earlier assurances that they would quickly pursue nuclear weapons capability if Iran obtained a nuclear bomb. But they also vowed to work with the US and other allies to prevent this outcome and also to confront all of Iran’s malign activities, in line with the priorities outlined by the US president in his speech.

Saudi Arabia and Israel had both staunchly opposed the JCPOA since the beginning, but as Trump works to secure European buy-in, he also has support from some voices that had resisted American withdrawal. As an example of this, the Washington Post highlights Defense Secretary Jim Mattis, who was critical of the agreement but had reportedly played a role in preventing Trump from exiting it earlier. Nevertheless, he now says that he sees an opportunity for the US to work closely with its European allies to secure a new and “more compelling” agreement over the Iranian nuclear program and other Iranian activities.

Time will tell whether parties with differing views about their Iran strategy will be able to exploit that opportunity in a way that is finally satisfactory to all who are involved.