IOM spokeswoman Eva Schwoerer said: “The number of Afghan returnees from Iran in 2018 has been unprecedented.”

These migrant workers and refugees had originally left their war-torn homeland, where the Taliban is still present, in order to earn more money to support their families, but the economic crisis in Iran has caused a massive devaluation of the rial, which has wiped out their earnings.

This economic crisis, caused by the mullahs’ corruption and mismanagement of the Iranian people ’s money, has been exacerbated over the past year due to the US’s tough policy on Iran and especially in the last few months as Donald Trump pulled out of the nuclear deal and vowed to re-impose sanctions on Iran. Indeed, the rial has lost half its value in the past three months. 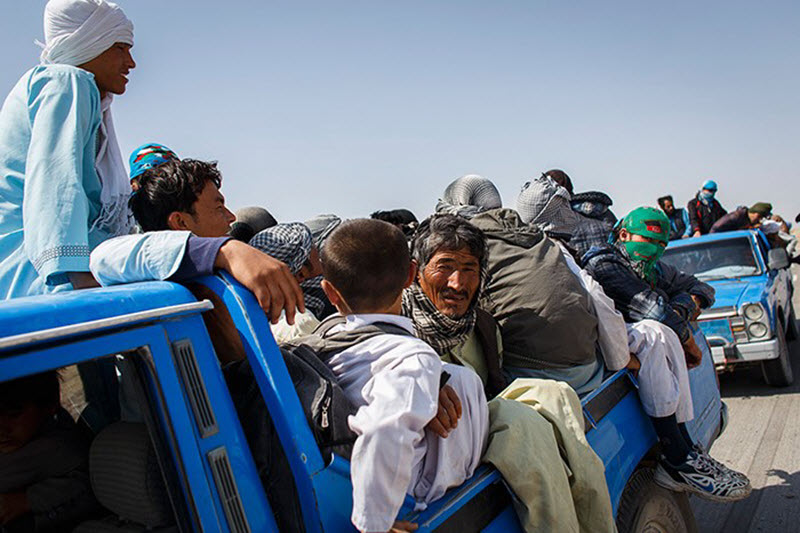 This meant that Afghan migrants, who typically work in less secure jobs, have become so desperate for work that they have to return to a country facing its worst drought in living memory and still heavily affected by a 17-year-long war.

Abdul Mussawir, 22, is one of those Afghan migrants. When he originally went to Iran in 2015, he earned about $260 a month working in an auto factory in Isfahan. His wages have since dropped to about a third of that because of the rial’s devaluation, so he has returned to Afghanistan.

He said: “It doesn’t make sense to come back here but I have to.”

Abdullah Wasi Zahariyan, who spent a year working on a cucumber farm in Isfahan, explained that he returned home after his wages dropped by 60% due to the devaluation of the rial.

While Aleem Mohmini, 17, who was deported after Iranian police caught him illegally working on a tomato farm, is pondering his future in a country with high unemployment.

He said: “I don’t know what I should do. There’s no one in my family to earn money.”

One thing is clear from this. The Iranian economic collapse is spreading far and wide. This is yet another reason why the region will be better off, when the mullahs are removed from power.