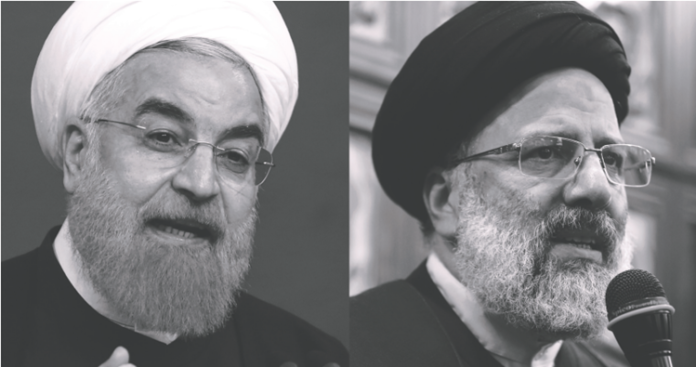 The April 26th conference brings together business leaders with the intention of discussing possible business investments in the Iranian market. Participants are reminded by UANI’s ad to be aware of the severe risks that can potentially affect them politically and financially, as well as damage their reputations, that are associated with doing business with the Islamic Republic of Iran.

The May 19th presidential election is cited by UANI as an example, stating that the two leading candidates each pose a threat to the region and international community. UANI explains that Hassan Rouhani, currently Iran’s president, supports Syrian dictator Bashar al-Assad, as well as terrorist organizations throughout the region, and  Ebrahim Raisi, a hardline cleric who has ties to the Iranian Revolutionary Guard Corps (IRGC), is known  as a member of Iran’s “Death Commission”, complicit in the massacre of thousands of the Iranian regime’s political opponents in 1988.

UANI CEO Ambassador Mark D. Wallace said, “Attendees of the Iran Trade Business Briefing should be wary of how the Iranian regime’s aggressive, destabilizing behavior will factor into any potential business pursuits.” He added, “Since the implementation of the nuclear deal, Iran has continued to support vicious dictators like Syria’s Bashar al-Assad, and remains the world’s leading state sponsor of terrorism. With absolute power vested firmly in the hands of the supreme leader — and not the president — it is clear that the regime’s behavior will not change after next month’s election. Business leaders need to seriously consider the reputational risk that comes with doing business with a bad actor like Iran.”

UANI is headed by a group of former leading diplomats and lawmakers, and is leading a global education campaign focused on the corporate risks of doing business with Iran. UANI is warning hundreds of international companies who are contemplating investment opportunities in Iran.

In its campaign to point out the dangers of business with the Iranian regime, UANI has identified a matrix of 10 key risk categories businesses and sovereign states will face if they pursue deals with Tehran.