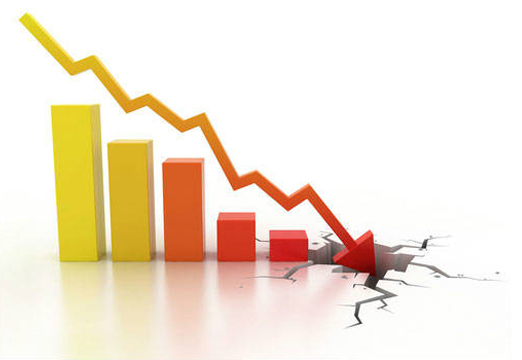 Abbas Akhondi, Rouhani’s Minster of Transportation and Housing, gave a speech in the 6th conference on the Development of a Finance System in Iran on March 2nd. He stated:

“Currently, we are in a great economic tumult. We have not yet reached a conclusion as to how we are going to confront poverty. Until this problem is resolved we will still be engaged with this problem.

We need to recognize the phenomenon of poverty in the cities in Iran. This is a serious phenomenon and needs to be accounted for in society. The percentage of the population under the poverty line in 2005 was 26%, and it has increased to 35% (28 million people).”

Unfortunately, Akhondi’s figure of 28 million in poverty is thought to be conservative by most economists. It is likely millions more are also impoverished in Iran.

Reports from the opposition and from other organizations inside the country indicate that this 28 million is less than 2/3 of the actual figure, and right now 50 million people are truly living under the poverty line.

A recent decision by the Indian government named 8 countries that will not benefit from facilitations when receiving visas to enter India. The 8 countries were: Pakistan, Sudan, Afghanistan, Iraq, Nigeria, Sri Lanka, Somalia and Iran. These countries were designated as “failed states”, meaning that they are incapable of controlling their geographical areas and their economies are very vulnerable.

“In the last few years, parallel to the ratcheting up of sanctions against Iran, India was one of the countries that immensely benefited as it continued its economic relations with Iran, especially by importing Iranian oil. Nonetheless, in an unfriendly act, the Indian government has recently deprived Iran of one of its important diplomatic advantages.”

India’s Minister of Planning and Parliamentary Affairs, who made the decision to blacklist Iran, said that the main objective behind the decision is to attract tourists to the country.

The act of India placing Iran in its blacklist will hurt India’s own interests. The Indian economy has experienced an increased positive growth rate in recent years; much of this growth is due to Iran: Iran is among the principal customers of Indian rice and soya and is also an important exporter of oil to this country.

“A palpable option in this case is to ramp down cooperation with New Delhi in a country such as Afghanistan and by redirecting cooperation to other countries that can replace India such as China. Selecting such an option, especially while extremist groups in Afghanistan pose a serious challenge to Indian presence, is of importance. It should be noted that previously the Taliban had challenged the Indian government on many occasions by dispatching or threatening to dispatch forces to Kashmir.”

Price of Bread More than Doubles:

Mohammadreza Nazarnejad, head of the Sangak Bakers Union (sangak is a traditional sourdough whole wheat flatbread), spoke with ILNA news agency on March 22nd and noted that allowing the free market to dictate the price of flour has resulted in a drastic increase in the price of bread. He said:

“Since two years ago, a state directive ordered the Sangak breads to weigh 410 grams, reduced from the usual 500 grams, and the bread to be sold for 600 tomans. This gave rise to popular discontent. Presently, as the price of flour and wheat is allowed to float, the price of flour will double for the baker and therefore the price of bread can reach up to 2.5 times the current price.”

Every night in Iran, 4 million people go to bed hungry. Rouhani’s economic policies have only inflamed this problem.

Officials from All Three Branches of Iranian Government Implicated in $2.6 Embezzlement Scandal:

On February 27th, Rouhani gave a speech acknowledging a massive embezzlement scheme that occurred within the ranks of the regime. Rouhani said:

“A group evaded the nations’ interest in the name of bypassing sanctions. They took the people’s money and stole it. When I had previously talked about a theft case of around $1bn dollars, everyone was in awe. Now I must say the figure is not just $1bn, but in fact 2.6 billion dollars; yet we are not certain that this is all there is. There may be other issues that need to be discovered and confiscated.

Government officials placed the crude oil in the hands of one person to go and sell it. At least they should have given one consignment of oil, have him sell it and bring back the money to check the guy. They even gave him the oil money. This $2.6 billion that is mentioned is not all oil money. A large sum of cash was given to him to go pay our debts in various locations, and now it has become clear that it all has been embezzled.”

This is the largest case of financial corruption in Iran’s history. Judge Saraj, head of the country’s Inspection Organization, commented on the far reaching extent of the corruption seen in this case:

“This case was started from the fact that this group purchased a number of government factories. This group had hired influential people in the three branches (being the executive & presidency, legislation ad parliament, and the judiciary), so if any problems occurred they would resolve all the glitches by using their influence, and they did exactly that.”

Iran Now Has Third Worst Level of Economic Welfare of all Countries in the World:

Recently released World Bank statistics show that the economical welfare of Iran is only better than two countries, Belarus and Sudan, out of all the nations in the known world.

These numbers are especially alarming for Iran when you consider that the -3% figure takes into account the recent economic downturn in Europe. The world average will be much higher when Europe eventually stabilizes, further highlighting the depressed situation in Iran. 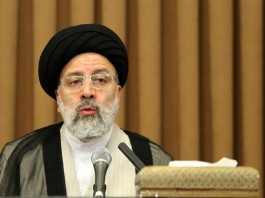 Hollow Promises of Iranian Regime Not Fulfilled Before Nowruz