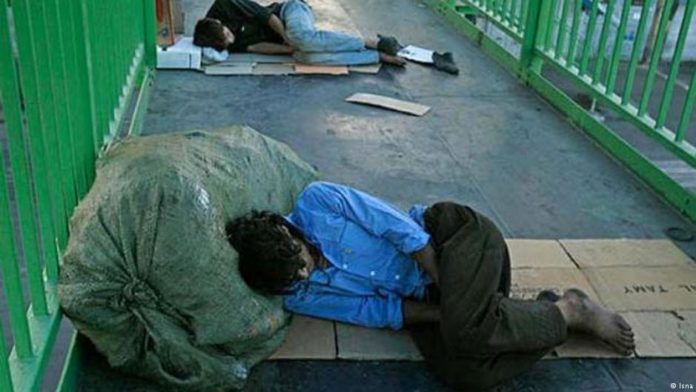 Recently, there are reports of many Iranians who are willing to sell their kidneys and other organs. In fact, announcements are posted on billboards in cities all across the country, which contain only a blood group, a phone number, and a few lines about the donor’s age and health condition.

Another astonishing phenomenon are the mothers who are pre-selling their unborn fetuses. Along with the growing concerns over child labor, children of poverty in Iran are in jeopardy. According to an article published in an Iranian daily four years ago, 100 to 150 street kids die each month from malnutrition and dangerous working conditions.

In his article for Forbes, Iranian activist, Heshmat Alavi, writes, “Iran’s regime has shown it cares less about such matters as billions are poured into various domestic and international campaigns. This includes meddling in Middle East countries, boosting its nuclear and ballistic missile drives, and launching dozens of military and security forces imposing an intense atmosphere of internal crackdown.”

State TV broadcast a report saying that after several years of stability, “… the price of bread will be increased by 32 percent… the Minister of Industries spoke of decreasing government supervision over wheat and bread sales.” Originally, bread prices were expected to see a 15 percent rise. It is further reported that a large portion of Iran’s lower class is currently deprived of a daily portion of bread. Bakeries in Iran’s poor neighborhoods are already selling bread based on monthly payments.

Similarly, there has also been an increase in the price of medications due to the ongoing inflation, an Iranian Health Ministry official said.

The Baharestaneh website reported, “…prices of various goods have risen significantly while annual salary increases are equal to the value of a few kilograms of fruits.”

So poor have Iran’s economic cconditions become, that the Revolutionary Guards (IRGC), who are said to control a vast portion of the country’s economy, have attacked government institutions. According to Alavi, this move by the IRGC was done largely to escape from any such criticism themselves, because “having concerns about ordinary Iranian’s welfare is not one of the IRGC’s strong attributes.”

Mashreq News, another state-run outlet in Iran, wrote, “The 10th parliament can be described as lacking courage, and being fluid and unpredictable. Members of parliament no longer have any sensitivity over the people’s economic woes, especially increasing poverty in our society.”