Some analysts have speculated that certain businesses and even certain governments may, however, be unwilling to wait for the actual implementation of a deal before pursuing investment opportunities in Iran. The Wall Street Journal quoted Marty Bentrott of the Boeing Corporation as saying, “We all recognize there is a substantial market opportunity [in Iran].” This being the case, some executives may see themselves as needing to compete to be the first entrants into that new market, even before it opens.

This has in turn contributed to concerns among critics of the nuclear talks who doubt the Obama administration’s claims about “snapback” of economic sanctions in the event of Iran’s cheating on a nuclear deal. The promise of a newly opened Iranian market, which the Wall Street Journal emphasizes as a rare opportunity, may contribute to diminished international support for the maintenance and especially the re-imposition of those sanctions.

For critics, there is an obvious danger of diminished political will in places like the United States, where the presidential administration has been accused of offering major concessions to the Iranian regime while pursuing overall rapprochement between the two nations. But this danger is amplified by the perceived possibility of economic collaboration even between Iran and its most staunch opponents.

France has developed a reputation for maintaining a particularly hard line as a member of the P5+1 group of nations negotiating with Iran over its nuclear program. Nevertheless, French bank BNP Paribas was sentenced in April to pay nearly nine billion dollars in fines related to its violation of sanctions on Iran. The prosecution of the bank prompted some French legislators to consider establishing a new bank specifically for the sake of circumventing Iran sanctions, for fear that the United States was using prosecution to position itself as the sole first beneficiary of the newly-opened Iranian market.

Perhaps aware of this, Akhoundi teased French officials ahead of the Paris Air Show, according to Reuters. The Transportation Minister accused France of having no economic strategy with respect to Iran, and he urged it to not miss out on securing a portion of the supposed 80 billion dollars’ worth of business that will be available once Iran opens its doors.

Naharnet added that Akhoundi contrasted the nuclear discord and economic desire at hand by saying that France and Iran have a “love/hate relationship.” He asserted that the nuclear issue would certainly be concluded, and thus urged France to make a purely economic decision for the future. But it is increasingly unclear whether the nuclear issue will be completed, at least in a timely fashion, given the dramatic demands being made by Iran and the resistance to these demands by France and others. 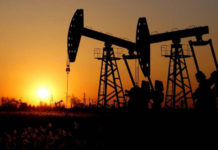