There some reports that Iran’s regime has arrested the residents of Lordegan and neighboring areas and villages and It has particularly concentrated on arresting young people.

The arrests, which began last week, continue. On Thursday, October 10, the security forces raided the Monjermo’i village and arrested a number of the villagers.

In another inhumane act, the regime has dragged a number of wounded from their hospital beds to prison.

The regime has dispatched a large number of the Islamic Revolutionary Guards Corps (IRGC), the Basijis, intelligence agents, and plainclothes in Lordegan and neighboring areas to maintain control.

The NCRI also urged the United Nations Secretary-General, the High Commissioner for Human Rights, and the Human Rights Council and related agencies, as well as human rights, advocates to condemn the Iran regime’s suppressive actions in Lordegan and to take urgent measures to guarantee the release of those arrests 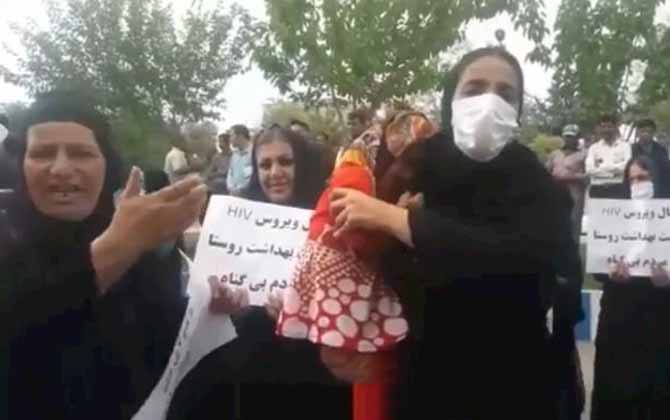 Iranian regime officials tried to downplay the situation by laying the blame on the residents themselves. But the measure only triggered more outrage and intensified the protests, clashes between people and security forces ensued and the protests turned into anti-government demonstrations. The outraged citizens of Lordegan set fire to several government buildings, including the offices of the Friday Prayer Imam, the representative of the regime’s supreme leader. Regime forces opened fire on protesters, killing one citizen and injuring several others.

The regime has tried to shift the blame on the People’s Mojahedin Organization of Iran (PMOI, Mujahedin Khalq or MEK) for inciting protests.

Mohammad Ali Nekounam, the representative of the supreme leader in Charmahal & Bakhtiary province, said, “What we’re facing these days is a very important and bitter incident… The enemy wants to take advantage of the situation to cause dissent. It is the enemy that is chanting anti-regime slogans and destroys the properties of the government.”

there are no signs of the regime taking practical action to answer the needs of the residents of Lordegan, who now have to deal with the aftermath of being infected with the HIV virus

In their protests, the people were chanting anti-regime slogans such as “Death to the dictator” and “No to Gaza! No to Lebanon! My life for Iran!” a reference to the regime’s costly warmongering policies in the Middle East, which has taken its toll on the Iranian economy and lives of its citizens.

Yet there are no signs of the regime taking practical action to answer the needs of the residents of Lordegan, who now have to deal with the aftermath of being infected with the HIV virus