On November 11, 2019, BBC censored that report and posted the new version of the report on its website. In the new version, the BBC removed all the parts and interviews promoting the MEK and changed the report to something to satisfy the Iranian regime and its Ministry of Intelligence. 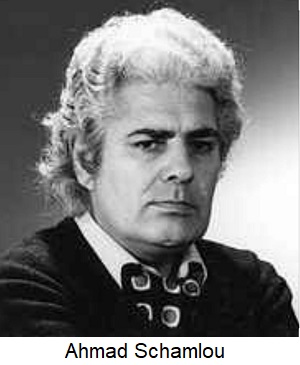 It is a well-known fact that the BBC has been the mouthpiece of the previous regime and the current one, especially at the times when these regimes were in critical condition, BBC has rushed to help them. One historical example is what they did to late legendary Iranian poet Ahmad Shamlou. Just before the collapse of the Shah’s regime, BBC asked for an interview with late Shamloo, but after the interview, they completely censored the interview with the help of the Iranian embassy in London and they asked BBC to only broadcast the literature part of the interview.

For all those who are familiar with BBC, this type of work, and outright censorship is not strange and on the other hand, it is very similar to the work of the Iranian regime’s Ministry of Intelligence (MOIS). This is what late Ahmad Shamlou described as “the dastardliest type of censorship” practiced by the BBC. The censorship which is only practiced in totalitarian regimes and BBC is also using it to make a deal with a totalitarian regime.

BBC’s report is a copy-paste of Iranian regime propaganda and fake news against the MEK and because of this type of reporting the Iranian people call this news agency “Ayatollah ‌BBC”.

Another similarity of BBC with totalitarian regime’s news agencies is their animosity towards the opposition groups of dictators. BBC always stands with dictators and against the uprising people who are yearning for freedom and democracy. BBC stood with the Shah and now they are standing with the mullahs, and that is why people of Iran are very aware of the content of BBC’s reports and they consider this news agency even worse than the Iranian regime’s agencies. There is saying in Iran that BBC is following the Gobbles’ method of big lie to make people believe it.

It is well-known fact that the purpose of the Iranian regime’s demonization campaign against the MEK is to set the ground for terrorist attacks against them, and it is shameful that BBC by its fake news is supporting the Iranian regime. One day soon dark days of mullahs will come to the end, but people of Iran will never forget the crimes of this regime and all those who had advocated it.