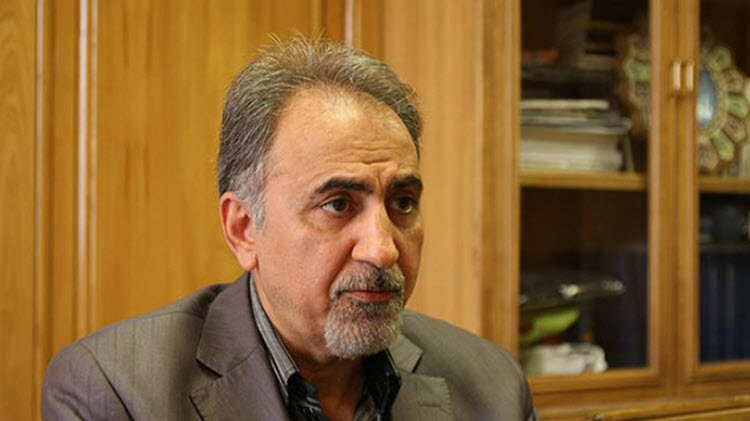 Tehran Municipality is more than 300 trillion rials (roughly $8 billion) in debt. Its creditors are mainly banks and contractors.

The former head of Tehran City Council’s Budget and Planning Commission, Alireza Dabir, put the municipality’s debt to banks and contractors at more than 200 trillion rials.

Najafi noted, “Tehran Municipality’s financial resources and getting access to stable resources are the first challenges the capital’s municipality is facing.” However, he added, “Although the budget has doubled in the past 10 years, in inflation-adjusted terms and taking purchasing power into account, this budget is 20 percent weaker than six years ago.”

Najafi maintains, “Based on five-year Development Plan, the municipality’s current budget should have been 22,800 trillion rials — that means a deficit of 50 trillion rials or 22% reduction in the budget.”

Najafi said he is specifically concerned by what he calls “costs invasion”, as well as the fact that 39 percent of its total budget is spent on the municipality’s inevitable expenditures.

He said that the increasing process of expenses is “alarming,” and promised to employ more efficient human resources rather than adjusting personnel — but, on August 9th, Najafi insisted his plan would be based on outsourcing and reviewing TCH’s personnel.

Morteza Alviri, Tehran’s Mayor from 1999 until 2002), reiterated that the capital’s municipality needs an overhaul to survive. “Corruption in Tehran’s municipality is so deeply rooted that it has become institutionalized,” Alviri said on August 14th.

Alviri warned, “The expenses in Tehran City Hall have gone so high that it will be the greatest challenge facing incoming Mayor Mohmmad Ali Najafi.” He also criticized outgoing Mayor Mohammad Bagher Ghalibaf for not being transparent.

An Islamic Revolutionary Guard Corps (IRGC) commander and former chief of police, Ghalibaf was a candidate in May’s presidential election, but he dropped out in favor of another conservative candidate. Supreme Leader Ayatollah Ali Khamenei appointed him as a member of the Expediency Council on August 14th.