Stevenson wrote: “Resistance units of the People’s Mojahedin of Iran (PMOI/MEK), the main democratic opposition movement, are able to provide the only accurate and reliable information coming out of the beleaguered country. Despite the scale of the epidemic, which is spreading rapidly, the mullahs continue to tell the international community that less than 14,000 people have been infected by the virus nationwide and the death toll is 853. Dr. Rick Brennan, the World Health Organisation’s Director of Emergency Operations, following a visit to Iran this week, said coronavirus cases in the country are five times higher than what is being reported.”

At a time when Iranians would normally be celebrating the Persian New Year (Nowruz)  and looking ahead to the promise of the year ahead, there is a dark cloud because of the coronavirus (Covid-19) outbreak.

Stevenson wrote: “The clerical regime failed to take any effective preventive measures to deal with the spread of the virus, including the quarantine of cities where the infection was raging…From the very beginning, the mullahs knew that the virus had infected people in the Holy City of Qom, a magnet for Muslims, but concerned that it would impact on turnout at their parliamentary elections and celebrations to mark the anniversary of the 1979 revolution, they covered it up and did not make any announcements to warn the wider population until it was too late. Nor did they make any preparations for preventing the virus from spreading.”

He then explained that the Islamic Revolutionary Guards Corps (IRGC) are hoarding the funds and medical resources, including the specialist equipment supplied by the World Health Organisation, to regime officials and military personnel or have sold it on the black market, leaving doctors and nurses with “no proper medical supplies and protective suits”. He cited that there are no longer any beds available in many hospitals.

Stevenson wrote: “Physicians now reckon that by the first week of April, up to 40% of the Iranian population will be infected. With the nation in virtual lockdown and Iran’s citizens facing a virulent pandemic because of the stupidity and corruption of the mullahs, there is seething unrest across the country. Some masked and gloved protesters have even risked infection by gathering in towns and cities to register their disgust at the theocratic regime’s ineptitude.”

The Coronavirus, a Gift for the Iranian Regime and a Calamity for the People 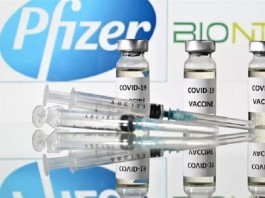 Iran’s Leaders, Not the People, Are Afraid of Vaccines 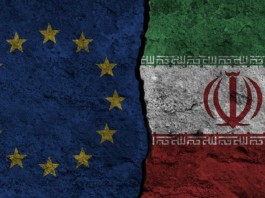 Need for Assertive Iran Policies Is Growing, but Europe Is Trending... 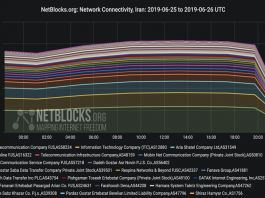