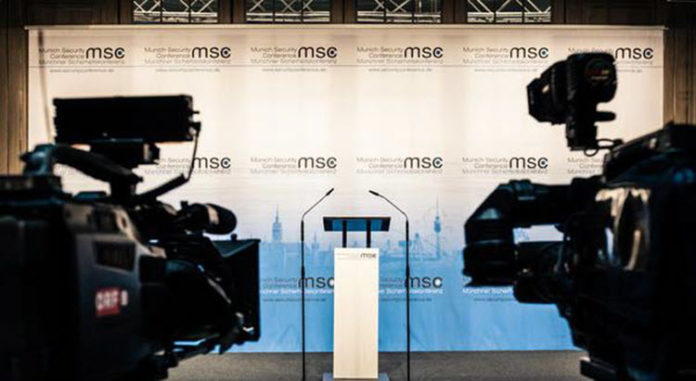 Described as a major turning point as to what the future may hold for Tehran, participants at the conference made it clear that the balance of power in the region and around the globe has shifted significantly against the regime in Iran.

The state-run Sharq daily wrote on its front page, an editorial saying, “A new formation of old enemies against our country has established, and we are alone faced with a global alliance. In such conditions Iran must decrease the military confrontation possibility, tone down the propaganda and make room for overt and covert diplomacy, all aimed at breaking this alliance.”

The state-run Jamaran website wrote, “The strategic management of Iran’s policies in the region must be returned to the Foreign Ministry.” An example is Iran’s embassy in Baghdad, which is considered to be one of the most important for the regime, and is, allegedly, under the control of Iran’s Revolutionary Guards Quds Force since 2003.

In his article for The American Thinker, Heshmat Alavi, political and rights activist focusing on Iran writes, “These remarks make it undisputable how terrified Iran is of the rocky road ahead.” And the road ahead is being described in Iranian circles as the “post-Munich era”, foreshadowing a decline in Iran’s influence and harsh days ahead for the regime.

Alavi writes, “The regional balance of power will undergo major changes, and Iran is terrified of not only being on the wrong side of history, but of suffering major setbacks.  Senior Iranian officials are issuing warnings for decision-makers to accept the new reality and focus their efforts on sidestepping any provocative actions that can provide excuses or pretexts by rivals.  This is one major reason Iranian supreme leader Ali Khamenei has remained relatively silent in the past month.”

That U.S. president Donald Trump’s recent round of sanctions following the January 29 ballistic missile test, is a major concern to Iran. Regime analysts predict further measures by the new White House, as Congress will fully back such action. Republicans and Democrats find common ground on punitive measures against Tehran.

“It is common knowledge that Iran benefited extremely from Obama’s eight-year tenure, especially the unprecedented access Tehran’s lobbies enjoyed to the White House.  On the other hand, many voices advocating a firm approach on Iran are now considered very close to President Trump and his national security team. To this end, Khamenei understands quite well that unpredictable developments await.  Just as international sanctions and fear of an explosive society becoming completely restless forced Iran to the negotiating table, with Trump at the helm in the White House, rest assured that Khamenei will have very limited options. Tehran will to some extent attempt to further test Washington’s limits, such as the recent military drills and testing of ‘advanced rockets’, or generals making remarks such as Iran being ready to give U.S. a ‘slap in the face’.  This practice is also aimed at lessening the costs resulting from any possible future negotiations with the West,” according to Alavi. Senior Iranian regime officials are now indirectly encouraging the Supreme Leader to refrain from provoking new tensions, and to enter into new talks when possible.

However, at this year’s Munich Security Conference, efforts to engage with the international community and regional countries, backfired significantly, resulting in further global and regional isolation for the regime in Iran.  The harsh reality that Obama’s “golden era“ is over, along with the proceedings in Munich, will have major impact both internationally, as well as on domestic affairs.