According to ILNA news agency, Mahya Vahedi, secretary of the seminar dealing with working children, said working children are usually 10 to 15 years old, but she also stressed that children under five and even infants also enter the work cycle. 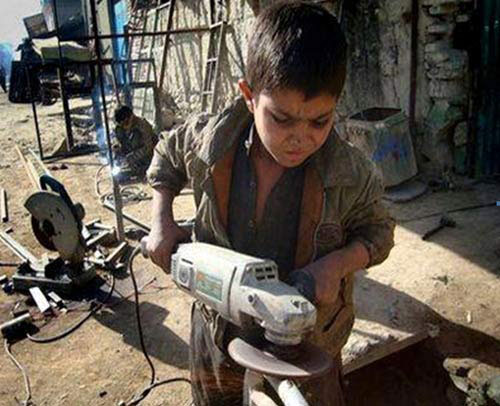 “In Tehran’s Darvazeh Ghaz neighborhood, there is a house that keeps around 40 to 50 children. Every morning people come here and rent these children and return them at night.

When these children reach the age of about 12-13, they must marry. This is the life cycle of work children. They are slaves that are just born to work. They are used either as workers or beggars. 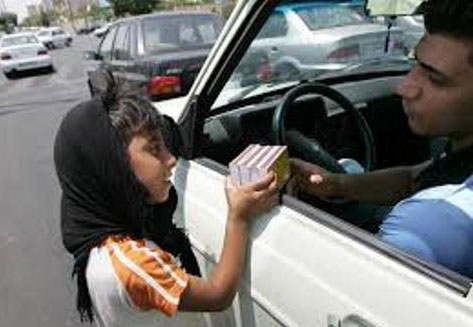 Professional beggars mostly use women and children for the job to ‘raise the emotions of citizens’. Children are rented for beggary up to $300 a month depending on the income earned.

Deputy for the Advancement of Social Services in Tehran’s Municipality confirms the trade of children for beggary.”

A social service worker in Tehran says a girl of 13, named Raheleh, cannot read or write and lost her father a while ago and her mother is in prison. Her brother then became her guardian and sold her for $650. The brother stated that he did this because he could not support Raheleh and needed the money for thier mother in prison. Of all Iran’s oil money; this is our share.