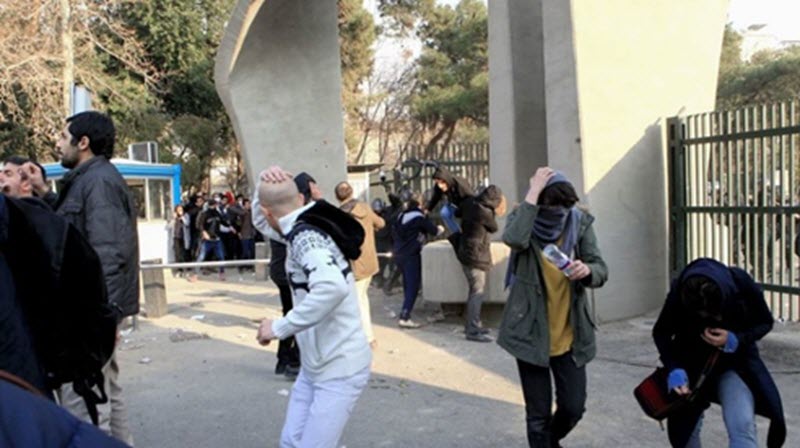 Some analysts have called the uprising a prelude to a revolution. Some call it an example of the way Iranians typically air their public concerns. But, what transpired in Iran was an extraordinary popular revolt. At its core was the “middle-class poor,” whose welfare is left to the mercy of the market. They have benefited from educational opportunities, but failed in the job market, their livelihood uncertain. As leadership has done little to deal with the problem they are faced with, indifferent authorities are seeing more protests each day in Iran.

Esmaili failed to say whether these indictments have been issued nationwide, or if they were only related to cases in Tehran. Also in question is how demonstrations against high prices and unemployment are determined to be crimes against national security.

The chairman of the Parliamentary Committee on Judicial and Legal Affairs, Allahyar Malekshahi, inspected Evin Prison in January 2018. Afterward, he said that more than 4,500 people had been arrested nationwide during the protests, and 438 of them remained behind bars.

More than 20 university student organizations expressed concern in February, because dozens of students faced national security charges that could send them to jail for many years for participating in peaceful protests. In a statement, they said, “Unfortunately, the criminalization of student activities is a problem that persists at full strength despite being criticized by student activists for many years.” The statement added, “All the detained students have been released on bail but in recent days a considerable number of them have been summoned to court and informed of serious charges.”

Tehran University officials have attempted to distance themselves from the prosecutions, and have not pressed any charges. Tehran University Chancellor Mahmoud Nili Ahmadabadi said several students were still in detention “even though they were not involved in any political activities on campus.” In fact, Ahmadabadi told the semi-official Iranian Students News Agency (ISNA), “We didn’t have any problems with these students and they didn’t have any problem with the university. We don’t know why they have been detained. I have asked my colleagues to urgently follow up on the cases concerning these student detainees but the security officials are not providing us with all the information.”