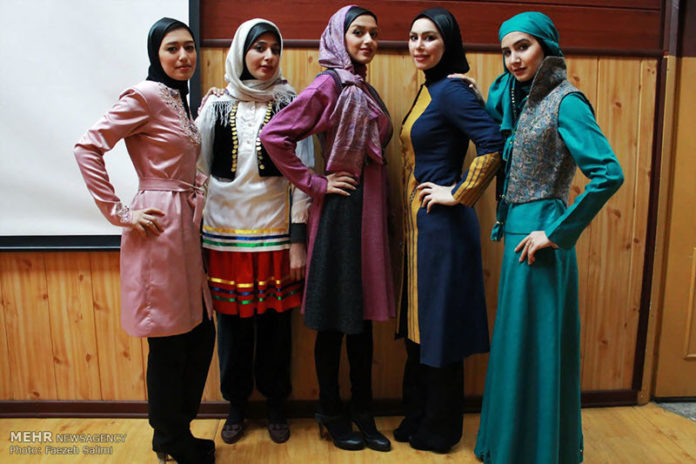 The state-run IRNA news agency reported on Monday that officials in Bandar Abbas, a port city roughly 1,250 kilometres (630 miles) south of the capital Tehran, arrested eight women and 36 other people involved in the photography, beauty, and wedding businesses who have used Instagram to share what the mullahs call indecent images.

The Iranian police accused the detained of “damaging public virtue through the organized spreading of anti-cultural” activities.
Arrests

This crackdown is no isolated event under the Iranian regime, with the mullahs determined to crush any Western cultural influence that they perceive as threatening to their corrupt version of Islamic morals.

Earlier this month, Iranian teenager Maedeh Hojabri was arrested after she posted videos to Instagram of her dancing in her bedroom to popular Iranian and Western music, whilst not wearing the mandatory headscarf.

The Regime’s authorities blocked her channel, but the videos are being reposted by people protesting her imprisonment.

Shortly after her arrest, Hojabri gave a statement to the press admitting that she knew the videos were illegal, but many suspect that this confession was forced, a common practice under the Iranian Regime.

While in 2014, six teenagers who filmed themselves dancing to the Pharrell Williams song “Happy” and uploaded it to YouTube were arrested. They were only freed after humanitarian groups launched an international campaign.

Reihane Taravati, one of the dancers arrested, told CNN recently that these arbitrary arrests in Iran of people who have done nothing wrong have to stop.
Crackdown

Many believe that this increased crackdown in recent weeks is part of the Iranian Regime’s attempt to regain control as protests continue to rage across the country and the US makes huge moves to cut Iran off from the global financial market with sanctions.

The Iranian people are angry, but not about Instagram models and dancers. They’re furious about the failing economy, a lack of safe drinking water, and the Regime’s malign interference in neighbouring states. Instead of addressing these concerns, the Regime has been arresting the protesters en masse.

The Regime believes that this crackdown on entertainers and protesters will quash the Iranian people’s expression, but it won’t. With every arrest and every human rights abuse, the Iranian resistance only grows stronger and the Iranian Regime will eventually fall to the people.