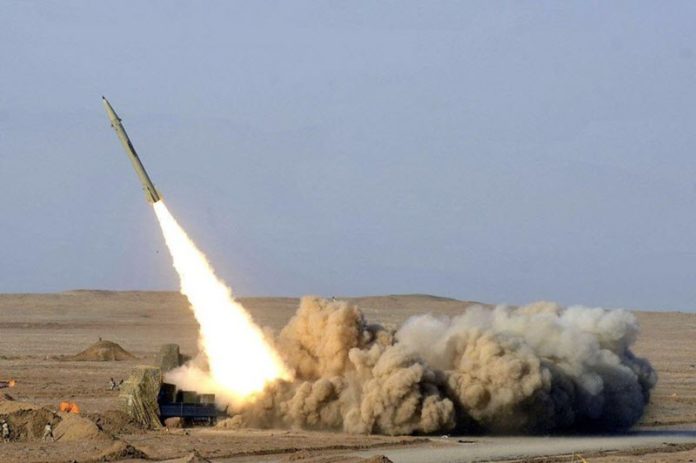 Thankfully, no casualties or damage were reported, according to state news agency Wam on Monday, as the UAE’s Patriot missile defence system intercepted the missile far away from residential areas.

This missile attack comes despite UN efforts to restart peace talks between the Houthis and the Yemeni government. The Saudi-led Arab Coalition, of which the UAE is a member, halted its offensive on the Houthi-held port city of Hodeidah to support the mediation efforts.

The Coalition has foiled many missiles attacks by the Houthis on Saudi Arabia and liberated areas of Yemen, attempts that have only increased after a string of Houthi defeats in recent months. These missiles are manufactured in Iran, according to several independent UN experts’ reports, and most believe that the Iranian Regime is supplying the Houthis with weapons and ballistic missiles (in violation of two UN resolutions) and also that Iran is directing the missiles at certain targets.

Col Turki Al Malki, the Coalition’s representative, said that the Houthis had launched three ballistic missiles from Saada province between July 9 and 16 and that there was a public rejection of the Houthis’ daily violations against Yemeni civilians.

The Coalition became involved in Yemeni conflict in 2015, at the request of internationally recognised President Abdrabu Mansur Hadi and has helped the government to regain control of large areas of southern Yemen, including the port city of Aden, following the Houthis seizure of the capital, Saana, in September 2014.

According to the UN, 22 million people in Yemen (about 75%) are in need of aid. This aid is being allowed by the Coalition to flow through the country, despite the offensive on Hodeidah, the country’s main entry point for food and aid, with 22 relief inlets still functioning.

The Coalition is paying extra attention to the aid shipments, as the Iranian Regime has been shipping ballistic missiles to the Houthis in this way.

Al Malki said that the Coalition supports Yemeni Prime Minister Ahmed bin Dhager’s call to prioritise political efforts to achieve peace and the government’s rejection of the Lebanese militia Hezbollah’s support for the Houthis in Yemen.

It is no surprise that Iran-backed Hezbollah would support the Houthis, given that they both have the same master. The Houthis’ missile attacks are just one more example of the Iranian Regime attempts to destabilise the Middle East.