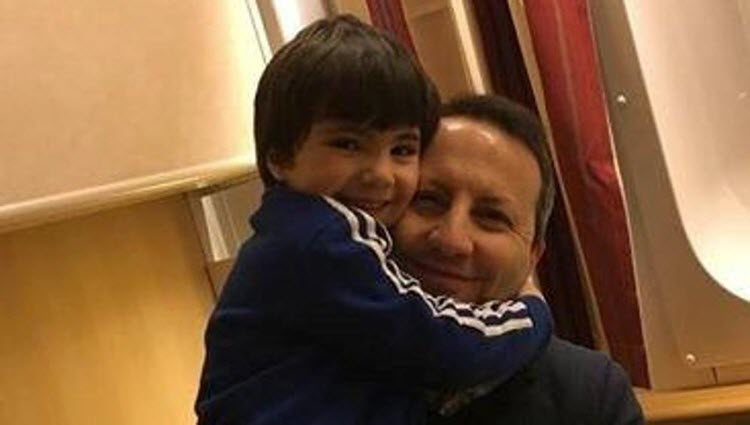 Although he is an Iranian citizen, Djalali has a permanent residence permit in Sweden, where he lived with his wife, Vida Mehrannia Djalali, and two children and conducted research in disaster medicine at the prestigious Karolinska Institute.

He previously worked at the University of Eastern Piedmont in Italy, and the Italian government has expressed alarm about his fate. The foreign ministry in Rome released a statement saying it had “activated its channels of communication with the Iranian authorities to highlight its extreme concern.” Stressing his academic links, the ministry sought information about Djalali’s detention and asked “that he be quickly returned to his family”.

The spokesperson for the human rights organization Amnesty International in Sweden, Ami Hedenborg said, “We hope he will be released. He has been in prison since April last year on extremely vague grounds.” She urged Iranian authorities to release Djalali or give him a fair and secure trial. “You have to ask yourself what it is really about. There is a great deal of concern over what may happen,” Hedenborg added, and said that it is impossible to speculate about what may happen, as “Iran has an arbitrary legal system which doesn’t comply with the international conditions for a fair trial. It could easily be cancelled or the sentence announced within two minutes.”

According to Swedish news agency TT, Anne Torngren from Sweden’s Foreign Ministry stated, “We have asked to attend, but received a refusal.” The Swedish embassy has also applied for permission to visit Djalali.

Saying that she is not optimistic about the trial, Djalali’s wife admits, “I can’t expect anything from my home country.”

Djalali launched a hunger strike earlier this year, leading his family to become concerned about his health. On Monday his wife warned that his life is in danger. She told TT, “I am very worried. I need help from the Swedish government to put increased pressure on Iran. My children and I have been waiting for ten months. Every day my son says I should call him, but I can’t.”

The issue was brought up during Prime Minister Stefan Löfven’s visit to Iran earlier this month, according to a representative from the Foreign Ministry.

Patric Nilsson told TT that Swedish representatives have been in touch with Iranian authorities to get clarification on Djalali’s case and that they have asked to meet with the researcher. He said, “I understand that sometimes it may look like we’re being passive, but we can’t go into detail on what we’re doing in individual cases. We’re acting, but the decision lies with the state that has deprived the person of their liberty.”