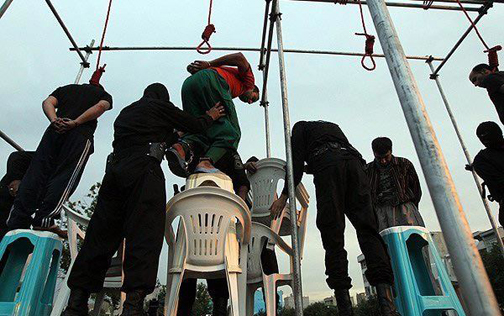 In another development, there is word out that the clerical regime’s henchmen intend to hang a young female prisoner called Rayhaneh Jabbari on Tuesday. Once again the Iranian Resistance calls for the life of this prisoner to be saved and it calls for urgent intervention by the international bodies, defenders of human rights, to prevent her execution.

Previously, in an international call on March 29, the Women’s Committee of the National Council of Resistance of Iran called for urgent action to save the life of Ms. Rayhaneh Jabbari. She is a decorator that has spent the last seven years in prison. Rayhaneh had defended herself with a cold weapon against one of the mullahs’ intelligence agents who was aggressing against her which led to the killing of this criminal agent.