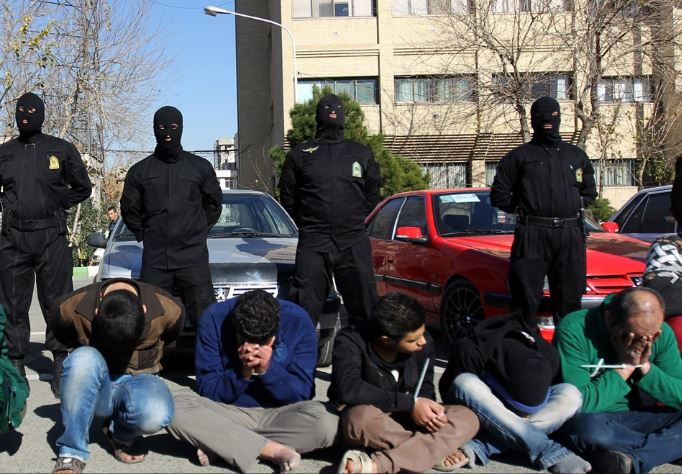 This hypocrisy was highlighted on The Christian Science Monitor on Monday reported upon Ayatollah Khamenei’s recent tweets that have co-opted hashtags for US protests in order to decry US police brutality while ignoring the far more commonplace and institutionalized brutality and repression in Iran.

The Monitor notes that Khamenei’s commentary met with critical responses and ridicule by many Twitter users, who countered the co-opted #BlackLivesMatter hashtag with alternatives appropriate to the situation in Iran, including, #AllLivesMatter, #KurdishLivesMatter, #WomenLivesMatter.

Writing in News Blaze on Wednesday, the National Council of Resistance of Iran called upon the world community to help save the life of Alireza Rasouli, who it says has now been on a hunger strike for 47 days and has been denied medical treatment for cancer and osteoporosis, as well as malnutrition.

The same article also highlights the condition of Benham Ebrahimzadeh, another political prisoner on hunger strike, this one since December 2. Ebrahimzadeh has reportedly been denied warm clothing and exposed to the winter cold in an effort to curtail his protest.

The NCRI also points out that 59 prisoners in Karun Prison began a coordinated hunger strike on December 21, in protest against poor conditions and denial of medical treatment.

These issues of prisoner mistreatment are closely connected to the liberal application of the death penalty in Iran, which is the source of additional criticisms of the regime’s human rights abuses. On this point, Breitbart cited the NCRI on Wednesday as a source of information on the volume of recent executions.

At least nine individuals were reportedly hanged on Christmas Day in Iran, helping to bring the estimated total number of execution to at least 707 for the year 2014, according to the Iran Human Rights Documentation Center. These numbers far exceed the volume of executions said to have taken place under the presidency of Mahmoud Ahmadinejad.