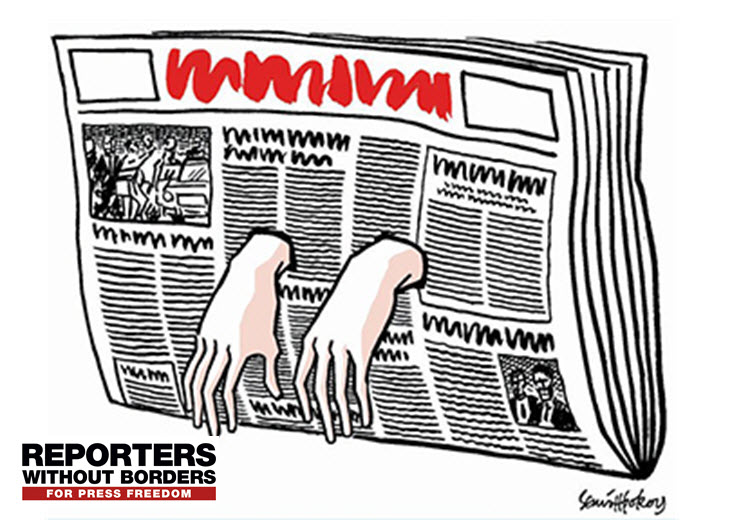 Reporters Without Borders (RSF) has cited 94 internet users in Iran that have been arrested in 2017, and charged with non-sensical crimes like cyber-warfare or immoral acts.

Most were users of the instant messaging service Telegram, which offers end-to-end encryption so that it should be impossible for the government to view the content.

Creator Pavel Durov said: “Telegram has not entered into any agreements with any government on this planet, [and has] no plans to.”

Information and communications technology minister Mahmoud Vaezi appeared to contradict this when he told the Regime’s told parliament on June 7, that a deal had been made.

He said: “Rather than block Telegram, which would drive users to turn to another app, we have reached an agreement with those in charge of it to block content of a sexual or anti-religious nature and content condoning violence and terrorism.”

However, the Iranian Regime is no stranger to lying so we do not know for sure what happened.

In any case, the Iranian Regime must have gotten around the encryption by hacking or obtaining the passwords of at least one user, probably through torture.

On April 9, three citizen journalists were sentenced to 12 years in prison in relation to content they had posted via Telegram. They had been arrested in September 2016.

Vaezi claimed that he has launched an intelligent filtering service on the (heavily restricted) Internet which looked for certain logos and images and has blocked “at least 7 million addresses and 121 software applications” for violations. Over 173,000 Telegram accounts have been blocked.

Rather than focus on posts regarding terrorism, because that would actually block Regime officials, the filter focuses on websites dedicated to human rights and women’s rights.

This is yet more evidence of a brutal Regime that is scared of a revolt by its own people. That is why we must support the Iranian Resistance (NCRI/MEK) and its elected leader Marya Rajavi, who serves as a government-in-exile and have a ten point plan to create an Iran for the 21st century, including respect for freedom of speech and of the press.

On July 1, the Resistance is holding a Free Iran rally in Paris with over 100,000 dignitaries, politicians and activists in attendance. The Iranian people want change and the Resistance will provide that.