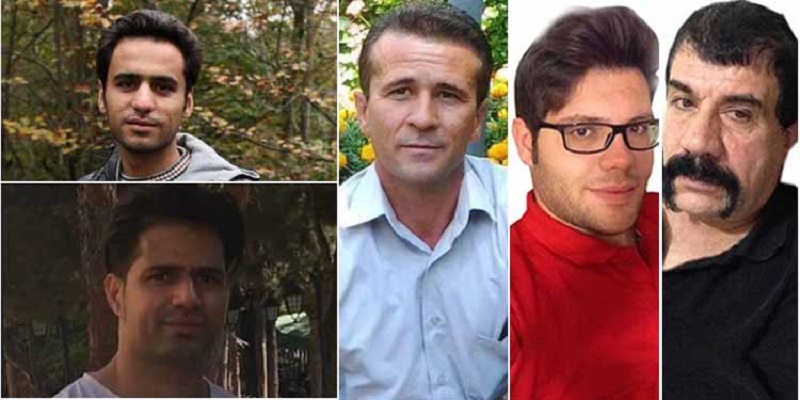 On Tuesday, August 4, prisoners of conscience Behnam Mahjoubifar and Behnam Mousivand were brutally attacked in Evin Prison by several financial convicts with no justification. They threatened to kill Mousivand.

On Monday, August 3, political prisoners Ebrahim Khalil Sadiqi Hamedani and Salar Hamedani, a father and son, were attacked and severely injured by six inmates in the Central Prison of Urmia, who were incited to do so by the warden and the internal manager, Amirbeigi.

Because the authorities ordered the attack, the wounded political prisoners were not taken to the infirmary, but instead to the quarantine ward, which is used to house coronavirus sufferers (or suspected sufferers). They were transferred to the solitary cells of the IRGC Intelligence on Tuesday.

The Hamedanis had already contracted coronavirus in prison, with Ebrahim’s condition deemed critical on May 27, but authorities did not provide any appropriate care. They’ve been frequently harassed and attacked in prison.

On Saturday, August 1, Jafar Azimzadeh was attacked in Evin Prison by an inmate convicted of selling drugs, who is locked up in another hall on Ward 8 and has never previously met Azimzadeh. Later that day, another prisoner from another ward attacked Azimzadeh in the yard during outdoor time.

Prison authorities are taking no measures to protect Azimzadeh and ensure his safety, even though they usually take immediate action to prevent fights among inmates and they are required by Iranian and international law to keep prisoners separated based on their crimes, both the ones they are currently imprisoned for and their prior records.

According to Article 69 of the prisons organization’s regulations: “All convicts, upon being admitted to walled prisons or rehabilitation centres, will be separated based on the type and duration of their sentence, prior record, character, morals and behaviour, in accordance with decisions made by the Prisoners Classification Council.”

However, the Iranian regime’s authorities are deliberately placing political prisoners in amongst dangerous criminals and endangering their lives. Most times the wardens will bribe violent inmates with time off their sentence of favourable treatment in exchange for the vicious attacks.

One recent example of these attacks that ended in the worst possible way was when political prisoner Alireza Shirmohammadali was murdered at the Greater Tehran Penitentiary in June 2018. He was unlawfully held on the same ward as violent inmates who were goaded or bribed into attacking him.