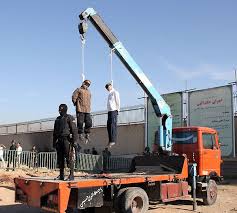 But Bishop’s visit also has some bearing on the terrible human rights record held by the Islamic Republic of Iran. Foreign-active Shiite militias supported and directed by Tehran have been blamed for committing massacres and human rights abuses as bad or worse than those of IS. And domestically, the Iranian regime’s record of executions, political imprisonment, and repression continues to gather black marks from international rights organizations.

This being the case, it is upsetting to some Australian human rights defenders to know that according to International Business Times Bishop used a portion of her visit this weekend in order to push, unsuccessfully, for Iran to accept the return of Iranian asylum seekers in Australia who have been denied refugee status.

Earlier in April, Zee News reported that one such asylum seeker, Saeed Hassanloo, had ended a 40 day hunger strike motivated by fear that he would be tortured or executed if he agreed to return to his native Iran. Another asylum seeker had ended a similar protest in January. Meanwhile, some 45 such individuals are held in indefinite detention in Australia, refusing to return to Iran despite the denial of their refugee claims.

Aside from whatever associations, lifestyles, or political activities led these people to seek asylum in the first place, their act of traveling to Australia may put them at even greater risk should the ever return to Iran, where returnees and persons with dual citizenship are sometimes falsely tried for vague crimes such as “contact with hostile governments.”

Mere association with Western countries and with Iranian activists has contributed to the case built over the preceding nine months against Jason Rezaian, the Washington Post Tehran correspondent who was arrested alongside his wife on July 22 and held without charge until finally being accused last week of providing information about Iran’s economy and finances to foreign entities.

The Associated Press clarified on Monday that Rezaian would be charged with “espionage,” conducting propaganda against the establishment,” “collaborating with hostile governments” and “collecting information about internal and foreign policy and providing them to individuals with malicious intent.”

The veracity of these charges has been strongly disputed by all those who knew Rezaian, and the decision to move forward with charging him came conspicuously close on the heels of the announcement of a framework nuclear agreement between Iran and the P5+1, fueling speculation that he is being used as a prop to demonstrate that Iranian antipathy toward the West is not diminished by the continuation of negotiations.

The National Council of Resistance of Iran made a similar claim about recent executions when it reported on Monday that a total of 81 people had been executed in Iran between April 12 and April 18, averaging a rate of 12 executions per day. The annual rate of executions increased under during President Hassan Rouhani’s first year in office and it is on track to dramatically increase again this year.

The NCRI says that the surge in hangings so close after the Lausanne nuclear framework is indicative of a desire to instill a domestic atmosphere of fear in order to discourage any attempt to exploit a situation in which Tehran’s traditional defiance of Western pressure may appear to be wavering.

The NCRI statement on these executions also urged Iranians to protest and reject the imposed atmosphere of fear. Similarly, the Human Rights Activists News Agency is urging both domestic and international responses to this crisis, asking citizens of Iran to help expose ongoing human rights abuses.

As part of this outreach, HRANA released on video on Monday depicting one of 11 prisoners executed en masse in Karaj on April 14, speaking just days before his hanging. The individual, Barat Zahmatkesh, claims to have been deprived a fair trial and to have been forced to accept charges of which he was innocent in order to avoid reprisals against his family.

HRANA points out that Zahmatkesh’s execution, like 12 others in the last two weeks, has not been officially acknowledged by the Iranian authorities. But the new video allows him to potentially confront Iranians and foreign activists with the realities of a system of executions that is often downplayed by the regime despite being proven to consistently create the highest per capita rate of executions in the world.

The tactic of releasing this and other videos may well have a significant impact. After all, First Post reported on Monday that a number of protests had arisen across Iran, including a gathering of 500 people outside the office of Vice President Masoumeh Ebtekar, following the release of a two-minute video showing dogs dying after being injected with acid by persons who were being paid by the Iranian government to eliminate stray dogs, which the ruling clerics consider to be unclean.

One might assume that video exposure of the institutionalized victimization of human beings would generate similar outcry. And indeed there is much to be exposed, even apart from the high rate of executions and questionable methods of sentencing defendants to death.

On Monday, HRANA pointed to the issue of harsh prison conditions for Iranian political prisoners, pointing out that an entire ward of Evin Prison has begun to be regarded as a banishing place for former residents of Ward 350, which is known to house a large proportion of the country’s political prisoners. Recently, 6 persons formerly imprisoned in Ward 350 for posts they made on Facebook were transferred to Ward 8. Reportedly, overcrowding there is so severe that inmates sleep in corridors and next to the toilets, disease is rampant, and prisoners are not separated according to type of crime, as is the law in Iran.

This intermingling of political prisoners with violent offenders is a fairly frequently used tactic for intimidation or punishment in Iranian prisons, and in Evin it is not limited to Ward 8 but is being used with growing regularity even in Ward 350, with some violent offenders reportedly being moved in for the very purpose of antagonizing the predominant population of political prisoners.

HRANA alleges that one inmate in particular has been given considerable support by prison officials as he harasses the political prisoners in Ward 350. Numerous prisoners have lodged formal complaints, but far from pursuing them the prison authorities have threatened the originators of those complaints with solitary confinement. Some political prisoners have been injured as a result, and many have suffered increased mental and psychological strain in an already harsh environment.