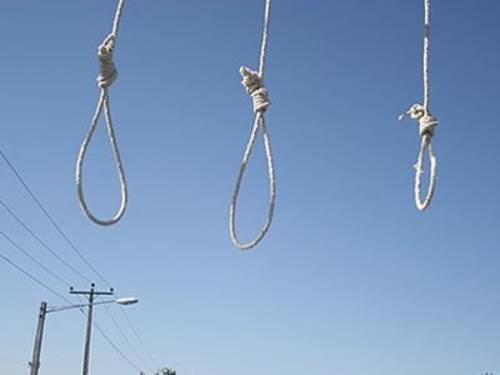 Without taking a clear position on whether Rouhani is likely to significantly shift focus now that that conclusion will potentially be concluded with the June 30 deadline for an agreement, Al Monitor argues that the president will have to take on the extremely challenging task of changing the complex bureaucracy of Iranian government in order to preserve what support he has among reformers.

The article concludes by saying that dissenters will quickly lose patience with Rouhani if he does not deliver on some of the many 2013 campaign promises that suggested the possibility of a freer and more open Iran. But for some, this loss of patience is a perfectly desirable outcome in light of the fact that Rouhani has shown little to no sign of being seriously interested in domestic reform.

In fact, opponents of Rouhani and of the Iranian regime in general point out that some human rights issues have only gotten worse under the current presidency. Despite being much more soft-spoken on the international stage than his predecessor, Rouhani has overseen a dramatic rise in the rate of executions relative to the annual figures under Mahmoud Ahmadinejad.

The National Council of Resistance of Iran pointed out on Monday that in just the past two weeks 115 people are known to have been executed in Iranian prisons. It points out that the true figure is widely believed to be even higher than this, with various reports emerging of secret executions taking place alongside the officially acknowledged ones.

This rising tide of executions is apparently part of a broader crackdown aimed at reasserting both the political strength and the fundamentalist Islamic ideologies of the clerical regime. Thus it corresponds with an expansion of censorship and a number of prominent arrests of political dissenters and persons deemed to be in violation of religious laws.

These include persons accused of such crimes as “collusion against national security” and “insulting the sacred” on the basis of posts on social media. Six such individuals were subject to both of these charges and had final sentences handed down recently by an appeals court in Tehran, according to the International Campaign for Human Rights in Iran. Each received a sentence of between five and seven years for their online comments, and two other defendants are still awaiting sentencing.

The International Campaign also points out that Mostafa Azizi, a former Iranian television writer and producer who recently returned to Iran after living abroad in Canada has been charged with “insulting the Supreme Leader,” “insulting the founder of the Islamic Republic,” and “assembly and collusion against national security,” in a case that demonstrates not only the ongoing crackdown on all forms of dissent but also the extent to which President Rouhani has violated his domestic campaign promises.

A source close to the case says that the charges stem from analysis of the Iranian political situation written by Azizi on Facebook while living in Canada. The source adds that Azizi had no notion that his comments would put him in trouble with the law and that he had chosen to return in part on the basis of Iranian officials’ statements that all Iranians are free to return to their country of origin.

President Rouhani himself has asserted this right, as the International Campaign pointed out last week. But Iranian Judiciary spokesperson Gholamhossein Mohseni Ejei stated in 2013, “We do not ban people from entering the country or say they do not have the right to enter the country… but when they enter they will be charged and prosecuted.”

And even for those who remain within Iran, including those who are imprisoned there, merely contacting foreign entities can further run a person afoul of the regime. As a case in point, the International Campaign reported on Monday that Seyed Mohammad Ebrahimi, an Iranian civil activist and political prisoner, is set to be tried in July on the charge of contacting Ahmad Shaheed, the UN’s special rapporteur for the situation of human rights in Iran.

Ebrahimi is currently on medical furlough from his political imprisonment, owing to his having been repeatedly denied medical attention even as mistreatment and physical abuse led to internal bleeding, broken teeth, and lung complications. After allegedly contacting Shaheed to discuss the condition of other ill prisoners, Ebrahimi was transferred to a solitary cell, ordered to confess, threatened with torture, and compared to Sattar Beheshti, a blogger who died as a result of police interrogation in 2012.

But even in the climate of these political crackdowns, the Iranian people continue to express dissent in various ways. IranWire reminds readers of the April 18 arrest of Alireza Hashemi Sanjani, the secretary of the Iranian teachers union, who has been charged with “protest against the government and conspiracy against national security.” IranWire points out that Iranian teachers are continuing to protest in spite of this move.

The union issued a statement aimed at Iranian officials, which read in part, “We expect you to hear our rightful protests and find a solution to prevent the aggravation of the existing security crackdown … Accordingly, we demand the immediate suspension of the verdict against our secretary and the release of all other imprisoned teachers.”

Meanwhile, for dissenters in the journalism profession, merely reporting on topics that are undesirable or embarrassing to the regime can stand as a form of protest and a possible source of backlash. This tendency was on display on Monday when Reuters reported that the Iranian judiciary had banned the women’s interest magazine Zanan-e Emrouz, alleging that its reporting on the increasing popularity of unmarried cohabitation constituted justification and encouragement of what the regime refers to as “white marriage.”

But of course the shuttering of this monthly magazine does little to counteract social trends that go against the regime’s Islamist demands, and white marriage is only one example of this. On Monday, France24 reported on one example of the ways in which ordinary Iranians are taking their dissent against restrictive religious laws underground.

The article details one of many secret restaurants where young, educated, pro-Western Iranians are able to obtain officially banned food and drink including pork and wine, and where they can have meals in a relaxed and free atmosphere where female headscarves are not obligatory and unmarried couples can spend time together away from the nation’s ubiquitous morality police.

As long as the Rouhani administration continues to ignore its former domestic campaign promises and the crackdown on progressive voices continues, these underground establishments provide citizens of Iran with at least some measure of the freedom envisioned by opponents of the clerical regime.