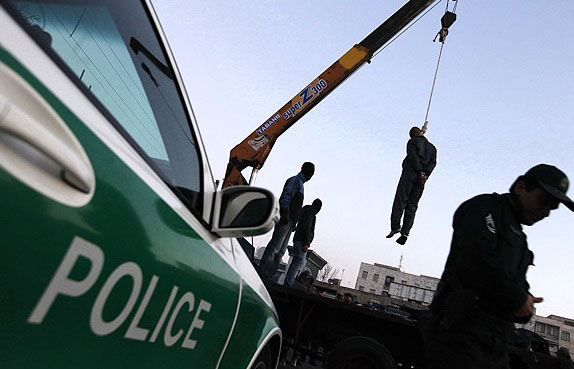 The world should view Iran’s executions and violent crackdowns as a “great service to humanity,” Mohammad Javad Larijani said this week, speaking at a Human Rights Council meeting.

Larijani said that while the world criticizes Iran’s government for an increased number of executions, it should be understood that the killings are a result of Iran’s aggressive clampdown of drug trafficking. Iran has had a long history of confronting drug trafficking, mostly due to its proximity and shared border with Afghanistan, the leading world producer of opium.

More recently, with an unemployment rate of about 28 percent and inflation at 40 percent, Iran is reporting an increasing usage among its youth population.

By the country’s own numbers, two million Iranians are drug addicts, which would make the nation of 76 million the world’s leader. Experts say factoring in recreational users would result in a much higher percentage.

In February, the United Nations human rights office called on Iran to halt executions after announcing that just in the first seven weeks of 2014, between 80 and 100 Iranians had been executed for minor crimes, a noticeable spike from months before.

The UN acknowledged that the majority of these executions were in fact for drug-related offenses, but noted that these charges did not meet international law standards for which the death penalty may be implemented.

Larijani also accused Western governments and leaders of “involvement with the vast drug networks” and “benefiting from their enormous revenues for political, offensive, and even terrorist activities.”

More than 400 Iranians have been executed only since Rouhani took office, according to the Iran Human Rights Documentation Center. In 2013, there were 624 executions.