The most critical problem that the Iranian regime is facing is its security, a problem that existed from the outset, with an increasing trend.

Security concerns have begun internally, with clashes between the regime’s forces and democratic groups, after capturing forcibly the power in Iran in 1979.

All the years the main war between the regime and other currents was not the wars between it and other countries and its so-called external enemies and countries, but with the people, who have sought to overthrow the regime.

Executions and the regime’s cruel rules are only explainable in this field. These concerns increased after the fall of the Iraqi government and Iraq’s invasion in 2003 by the US forces.

After this event and fearing to be the next dictatorship to be overthrown regime while expressing that it has been surrounded by the many US base in the neighboring countries, the regime started its support of terror groups and its proxy forces with more intensity. Even attacking the US forces at any opportunity.

After capturing the power in Iraq by its proxy forces, with the start of the freedom fights in Syria in 2011 the regime fearing to lose its influence in Syria and losing one of its main allies in the Middle East, Bashar Assad’s dictatorship, Iran’s regime decided to support it intensively with the help of Lebanon’s Hezbollah and other urgently created proxy terror groups such as the Liwa Fatemiyoun and Liwa Zainebiyoun and many others.

The regime went further and sent even its Revolutionary Guards (IRGC) and IRGC Qods Forces to this country to repress the revolution of the people raised against Assad’s regime.

After it was emboldened by its victories in Iraq and Syria and claiming that it was successful to create the Shia crescent which was one of the regime’s main goals from its beginning, it started another war in Yemen in 2014 with the help of the Houthis, which is now continuing. It should be noted that the regime before the start of this war has tested its chance in Bahrain in 2011 which failed.

Now after these years it seems that the regime is once again surrounded by the same crises and security issues, which the most important of them are the latest Iranian people’s protests in 2017 and 2019 and the people’s boycott of the presidential election which brought the regime nearly to its end.

The change in Afghanistan despite the Iranian regime’s many years of support for the Taliban and its latest disputes with Azerbaijan’s government, losing the election in Iraq, the decision of the Arab nations to unity in confronting the regime, especially their decision to cooperate with Israel and more important its nuclear and missile case which has reached a critical point, being warned by many of the world powers shows that all the regime’s efforts to prevent stop the wave of changes has been failed.

Hassan Rouhani, the regime’s then-president, and Ali Larijani, the regime’s then parliament speaker, who has remained more silent since the presidency of Ebrahim Raisi and has not taken specific positions, especially in foreign policy, have now issued warning tweets shortly after.

Larijani and Rouhani tweeted one thing in common: Awareness of the various threats facing the regime.

Three days later, on October 12, Hassan Rouhani in a tweet, referring to the 32nd anniversary of the establishment of the regime’s Supreme National Security Council, described the policy of removing Iran from chapter 7 of the UN Charter in 2015 as one of the decisive decisions of this institution.

Rouhani tweeted: “On October 12, 32 years ago, the Supreme National Security Council was established. The policy of ‘active neutrality’ by the coalition’s invasion of Iraq in 1990 and removing Iran from chapter 7 of the UN Charter in 2015 is one of the decisive decisions of this body. Vigilance towards regional/global developments and a (#brave tact) for peace and national security are essential to the country’s progress.” (Hassan Rouhani)

The keyword Rouhani and the hashtag he used to emphasize it indicate that the regime’s former president is seriously fearing the regime’s international conditions, especially in the JCPOA, which the new regime’s administration has yet to take concrete action on and has not accepted any new agreement.

This condition is something that the regime’s media are now warning about it.

“However, Rouhani and Larijani’s warnings must be taken seriously. They seem to be concerned that the current conditions in the region and the world could be detrimental to Iran if the current ‘diplomatic Sloppiness’ continues.

“Given the delay of Raisi’s diplomacy team in the JCPOA, the complicated incident in the north of Aras (Azerbaijan), the dangerous situation in Afghanistan and the development of the Zionist regime’s relations with Arabs, it seems that continuing the current trend spontaneously will lead to the conversion of opportunities to threats.

“A look at the recent Iraqi elections also shows that, apart from military and security tools, political tools have also been activated against Iran, and the continuation of the current process will lead to the closure of Iran’s hand and the open hand of the occupying Qods regime. This comes after the formation of the JCPOA negotiations and the realization of the JCPOA opened the hands of Iran and its allies in the region, and the Zionist regime and Saudi Arabia officially lost the game to Iran.

“The failure to revive the JCPOA and the continuation of Iran’s current diplomatic process — which is very passive, contrary to principlist propaganda — will lead Iran not only to lose the game to the Hebrew-Arab alliance but also to take the least benefit from contracts such as the 25-year Iran-China agreement.” (State-run daily Salam-e-no, October 14, 2021)

Yelling about the JCPOA, this paper clearly showed the regime’s situation. Although it attempted to hide its main concern which is the people’s hatred of the regime, these events are connected and will defiantly affect the country’s internal situation. Iran: The Gunslinger Cabinet of the Hanging Judge 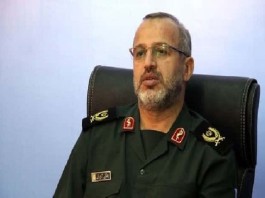