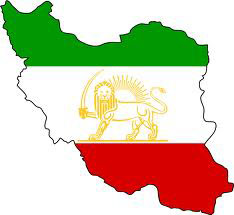 At the conclusion of Monday’s two-hour meeting, Kerry told reporters that the conversation had been productive, although he gave no indication of any specific expectations of compromise between the negotiating parties. The vaguely positive statement reflects the attitude that has been expressed to the media throughout the process, and that is ongoing among some of those involved.

Reuters reports that British Foreign Secretary William Hague insisted that it is still too early to talk about extension of the talks. But some analysts have already remarked that it is unlikely that the negotiating powers haven’t begun considering the prospects and potential terms of an extension. Other individuals close to the talks have been less circumspect. German Foreign Minister Frank-Walter Steinmeier told reporters that “the ball is in Iran’s court,” reinforcing the general sentiment that Iran’s intransigence has prevented progress.

Naturally, Iran does not publicly accept this point of view. In fact, its foreign minister has been pushing the opposite narrative, as with a recent tweet in which he said that Iran would not stoop to participating in the blame game. The LA Times reports on this and other efforts by Zarif to try to make the West look like bullies in the negotiations, with Iran as the more reasonable party.

This is of course contradicted by Supreme Leader Khamenei’s confrontational comments about the talks, in which he has insisted upon a dramatic expansion of Iran’s nuclear enrichment capacity, as well as rejecting any limits on its ballistic missile stockpiles, all while insisting that the United States cannot afford to attack Iran and has no way of compelling it to cooperate.

In fact, last week, Khamenei specified new demands that Iran be permitted to increase its current enrichment capabilities 19 times over. Reuters quotes the responses of Western intelligence analysts to this speech, which some of them described as being roughly as important as the State of the Union Address in the United States. One analyst said it was clear that Khamenei’s comments “were aimed at severely curtailing his team’s room for maneuver, making it effectively impossible to bridge gaps” between Iran and the P5+1.

What’s more, Khamenei is joined in his defiance by other representatives of the Iranian government. Member of parliament Avaz Heidarpour was quoted by Iran’s Tasmin News Agency as saying that the West’s refusal to accept Khamenei’s enormous enrichment demands will cause Iran to walk away from the talks without a deal.

The LA Times also quotes Alireza Nader, an Iran specialist at the Rand Corporation, as saying that the contradictory approaches of the different Iranian officials are probably deliberate, and constitute “skillful diplomacy,” with Zarif and Khamenei playing the roles of “good cop” and “bad cop,” respectively. Nader also points out that Iran has chastised the US and Israel for utilizing exactly this strategy.

But even if the strategies of the two sides are the same, the essentially difference is that US would be using it to push for compromise, whereas Iran’s intractable positions make it clear that Zarif’s “disarming charm” can only serve to delay the failure or talks, and possible give the impression that the US is to blame for that failure.

An article at The Daily Beast helps to explain why Iran apparently feels justified in continuing talks while simultaneously sabotaging their chances of success. The article provides details of a report by Roubini Global Economics and the Foundation for the Defense of Democracies, which finds that the US has undercut its leverage in talks by providing temporary sanctions relief that has allowed the Iranian economy to rebound more than was expected.

Mark Dubowitz, the executive director of the Foundation for the Defense of Democracies says that whereas Secretary of State John Kerry estimated that sanctions relief under November’s interim agreement would be worth 7 billion dollars, it has actually been valued at more than 11 billion, with the possibility of long-term effects far exceeding Dubowitz’s previous estimate of 20 billion.

Part of this figure is attributable to the interim agreements effect of “improved sentiment,” which has led numerous multination banks and other businesses to start doing business with Iran in spite of the fact that sanctions are technically on the books.

Al-Monitor reports that a law has been proposed that would offer special legal protections to those who claim to be carrying out the Shiite practice of “enjoining good and forbidding wrong.” That is, persons who see neighbors or passersby engaged in acts that those persons deem to be in violation of Sharia or the precepts of Islam would be given carte blanche to stop those actions. If the law was enacted, persons who thus intrude into the lives of others would not be able to be arrested or prosecuted for doing so in the name of Islam.