The participants gathered in Germany’s capital city where they called for European leaders to stop appeasing the Iranian regime. They also called on EU officials to ensure that they recognise the people of Iran who are calling for regime change so they can finally be free from the clerical rule that is destroying their country, spreading chaos across the region and denying millions of freedom and human rights. 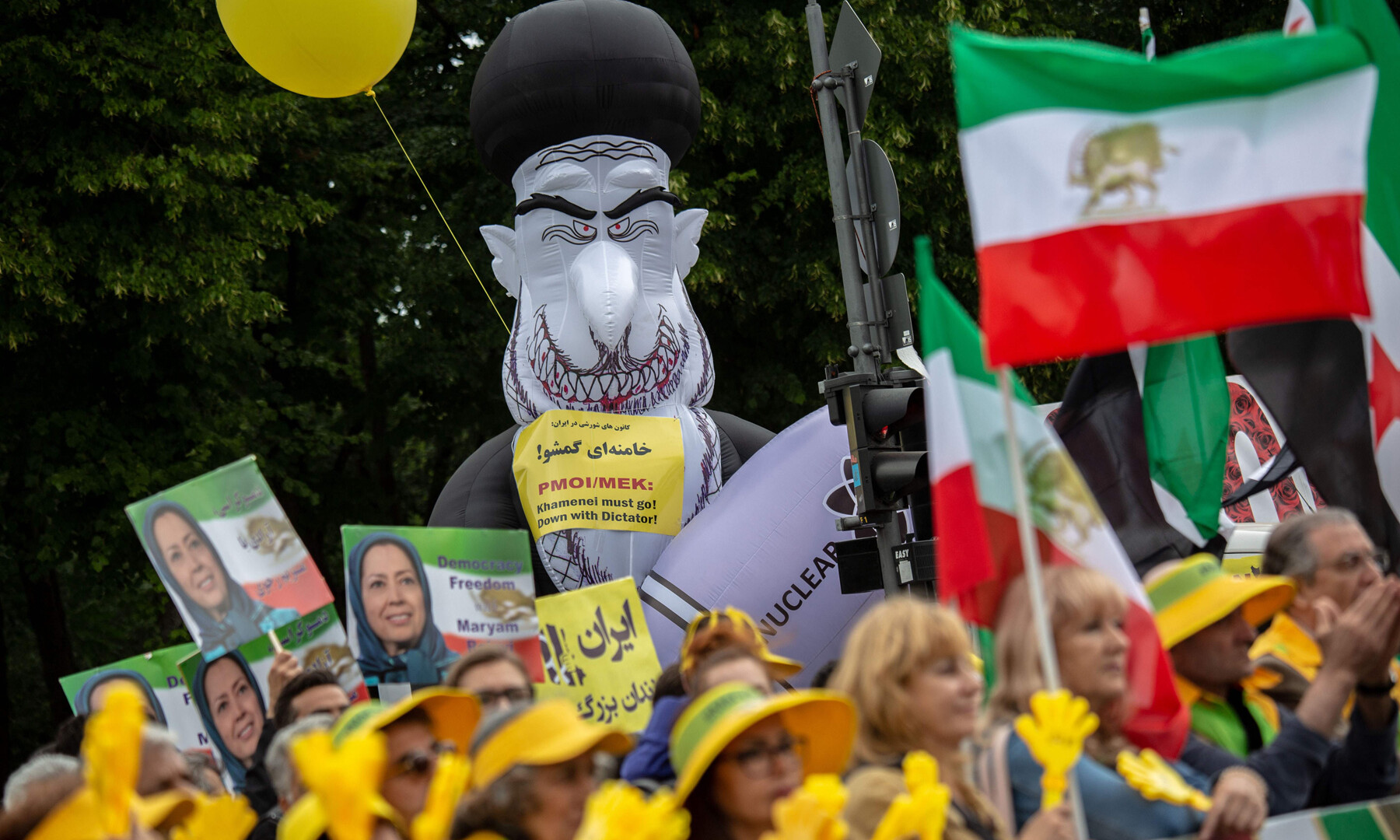 Mohammad Mohaddessin of the NCRI addressed the crowds, saying that they represent the people of Iran who cannot be there, promising to represent “their will to establish a free and democratic Iran”. He also said that the Iranian regime’s agents and mercenaries should be expelled from Europe where they are a security threat.

Christian Zimmermann, a German human rights activist, declared his support for the people of Iran and said that he wants to see democracy there. Former Member of the German Bundestag Leo Dautzenberg highlighted that the regime feels threatened by the demands of the people because it is suppressing them.

Another member of the Bundestag, Thomas Nord, emphasised that the Iran threat went beyond a domestic issue – he said that the regime poses a threat to the world and that it should be a priority to ensure that the regime never achieves a nuclear weapon.

French-Colombian politician Ingrid Betancourt, a long-time supporter of the MEK, said: “We want to tell Khamenei, we’re coming for you. We will hold you accountable for all the people you killed because they supported freedom and justice.”

A number of other political figures took to the state to show their solidarity, including Member of the Irish Senate, Senator Gerry Horkan; Member of Parliament from Poland, Michał Kamiński; former member of the U.S. House of Representatives, Patrick Kennedy; former German Deputy Interior Minister; Eduard Lintner; and Mayor of central Berlin Stephan von Dassel.

Mrs. Rajavi addressed those in attendance via a video message and highlighted the role of Germany in arresting one of the Iranian regime’s agents that was involved in the plot to bomb the Iranian Resistance’s grand gathering in Paris last year. She emphasised that the Iranian regime’s activities in Europe are a major concern and urged leaders to stop giving Iran concessions.

She highlighted that concessions have only one consequence – they will increase the chances of a catastrophic and devastating war. Mrs. Rajavi also highlighted that trading with Iran is equal to funding the regime’s belligerence. She said: “Each euro of trade with the clerics is a euro for fueling Khamenei’s repression and war machine.”

And finally, she called on German Chancellor Angela Merkel to head a special initiative against the Iranian regime in face of its human rights abuses at a European level. 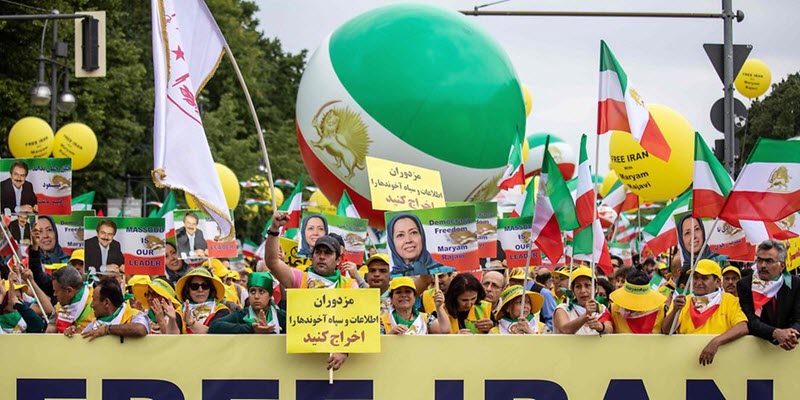 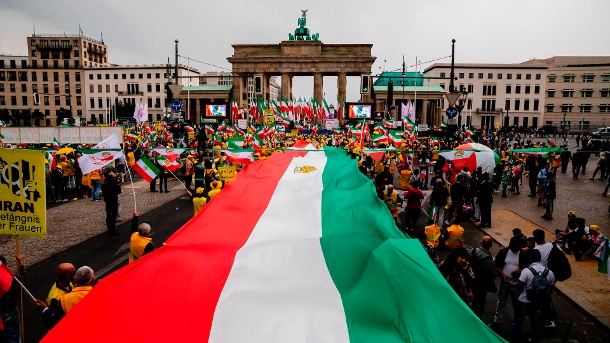 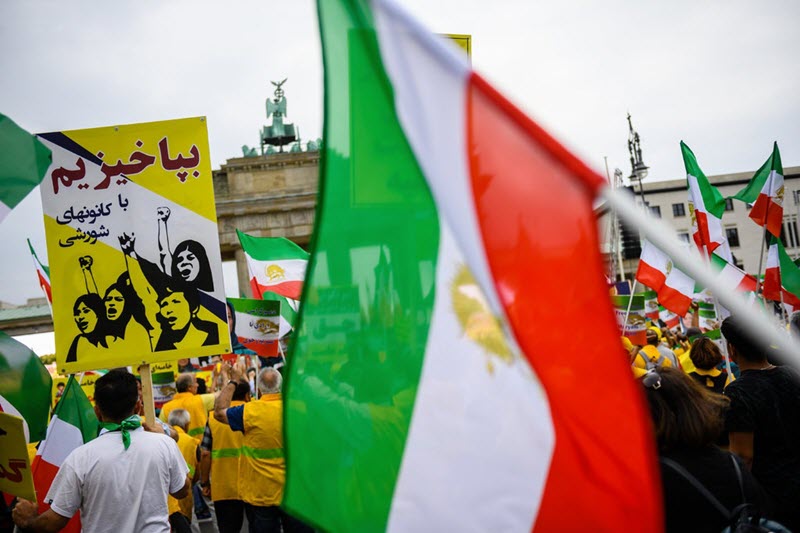