In this short series, we will look at Maryam Rajavi’s speech in support of a free Iran.

Maryam Rajavi began by praising the protesters, saying that they were there to serve as the voice of the Iranian people and that they sent an important message to Iranians, to the mullahs, and to the world at large.

Maryam Rajavi said: “In this grand demonstration, your message and the message of the people of Iran to the world and particularly to Europe is this: Stop the policy of giving concessions to the religious dictatorship. The policy of protecting the mullahs against being overthrown and the policy of feeding the turbaned mullahs do not solve any problems of this regime.” 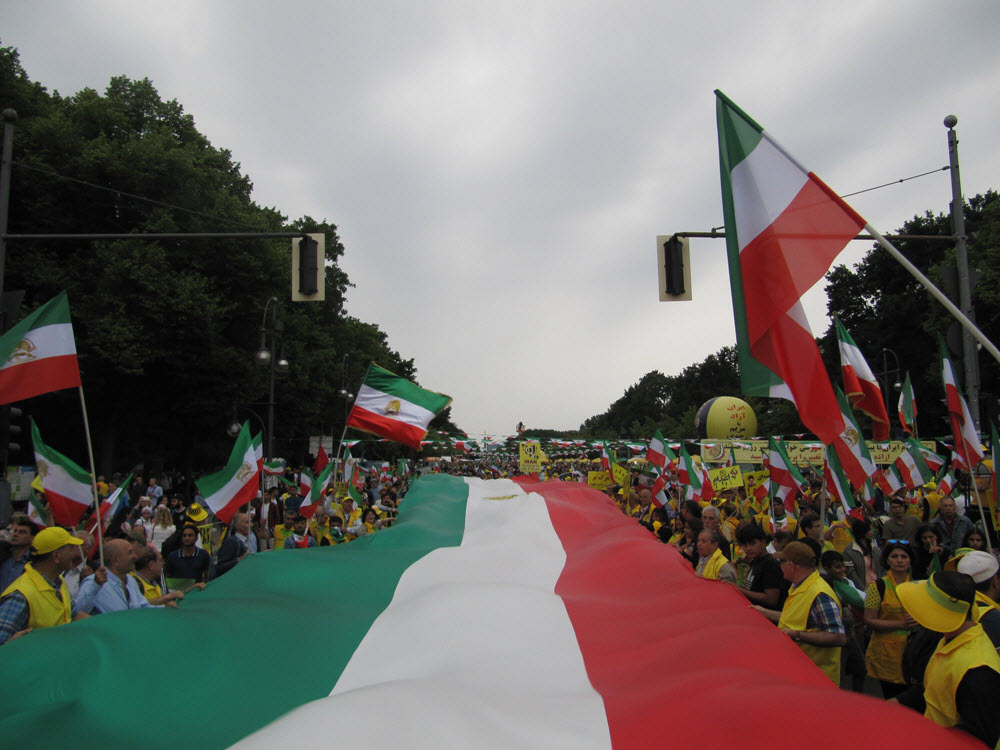 Maryam Rajavi explained that in the past 40 years of appeasement by the West, the regime has not once made any effort towards international change. In fact, the regime has only grown more belligerent, even planning at least two terrorist attacks in Europe in 2018, as well as several assassination attempts.

One of the Iranian diplomats responsible for the planned attack on the Free Iran rally in Paris last June is now held in a Belgiuan jail, charged with plotting the bombing and providing the explosives. But this is far from the first time. In fact, Germany has arrested dozens of Iranian terrorists over the past three years.

Maryam Rajavi said: “The question is why such significant incidents do not bring about any change in Germany’s policy towards the Iranian regime?”

After all, the mullahs speak frequently about violating the nuclear deal and admit to deceiving the West. They might not do this if not so certain about European appeasement.

Of course, the regime’s actions in the Middle East and especially towards their own people are much more aggressive and frequent, from the dispatching of forces to Syria to the supporting of the Houthi rebels in Yemen. Maryam Rajavi then spoke about how President Hassan Rouhani should never be considered a moderating force, highlighting his praise of the Revolutionary Guards for their missile attacks.

Maryam Rajavi said: “The religious fascism in Iran is indeed the greatest threat to peace in the world today. The mullahs’ regime has declared war on the peoples of Iran and the region for the past 40 years. So, every concession to them under any pretext has only one outcome: Increasing the likelihood of a disastrous war by the mullahs.”

That is why, Maryam Rajavi, said appeasement of the mullahs must end because every Euro invested there will only grow the regime’s crimes against the people of Iran and the world. However, that doesn’t mean that war is the right option. Instead, Maryam Rajavi advocates, the Iranian people should be the only force creating regime change in Iran.
This will be continued later this week.