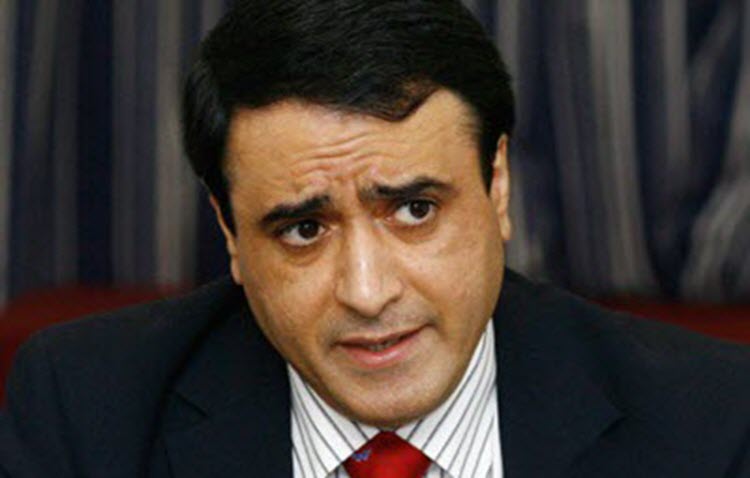 The new Secretary of Defense, General James Mattis, has describes Iran as the main source of instability in the Middle East.

“I am a member of the National Council of Resistance of Iran, the coalition of Iranian opposition movements, with the People’s Mojahedin Organization of Iran, the principal Iranian opposition movement at its core. (The People’s Mojahedin Organization is also known as MEK, which stands for Mojahedin-e-Khalq.) I for one am living proof of the clerical regime’s nefarious activities beyond its borders, because I was almost killed by one of them,” writes Hossein Abedini, Iranian parliamentarian in exile, in an article for Forbes.

As he sat discussing the state of affairs in Iran with his driver on their way to the Istanbul airport on the afternoon of March 14, 1990, a car suddenly blocked their path.  A few seconds later another car pinned them in from behind.

He writes, “In a flash, two strange men from the front car jumped out with automatic weapons. I made a decision in a split second. I opened the car door and rushed at them carrying only a small briefcase. One of the men fired nine bullets; the other man’s gun jammed. I was gravely wounded. The assailants fled. My four-month struggle for survival had just started.”

He was rushed to the nearby Istanbul’s International Hospital, and was in a coma for over 40 days, and lay unconscious for another three months.

He underwent 14 major surgeries after the attack, and received 154 pints of blood. He also lost 80 percent of his liver. “In one of the operations, the doctors sought the permission for an operation from my colleagues, notifying them that odds for my survival were one to one hundred,” he says.

State TV in Tehran announced a few days later, that Mohammad Mohaddessin, chairman of the foreign affairs committee of the National Council of Resistance of Iran, was seriously wounded in an attack in Istanbul and died. It was evident that he was the target of that attack.

According to Abedini, Tehran tried on several occasions to finish him off while he was recovering. The first time, the hospital was sealed off by the police because the Turkish president was visiting his ailing mother, and Iranian agents disguised as Turkish police officers were discovered. In another attempt, the would-be assassins pretended to be friends coming to visit me, but fled at the arrival of real visitors.

“Around that same time, there were many others who were not as lucky. The renowned human rights activist Kazem Rajavi was fatally shot in Geneva in 1990, and several Kurdish activists were killed in the two years thereafter. Furthermore, Iran left its fingerprints on major terrorist attacks including the bombing of Khobar Towers in Saudi Arabia, which killed American servicemen, and the bombing of the Argentine-Israeli Mutual Association in Buenos Aires,” Abedini writes.

The victims of Tehran’s ire are a diverse lot, but none have suffered more than the activists of the MEK. In 1988, some 30,000 political prisoners were put to death in a single summer as part of an fatwa issued by the Iranian leadership in an attempt to destroy the MEK. However, the MEK survives to this day in a testament to the group’s dedication and broad appeal, and is in fact thriving as it gains support not just from the Iranian population but also internationally.

He says that the current Iranian government has in no way moderated its behavior, “Terrorism is a pillar of the survival of the turbaned tyrants in Iran.” Hassan Rouhani was the secretary of the Supreme National Security Council for many years and is now its president. This organization allegedly ordered major terrorist activities of the regime, including the attempt on Abedini’s life.

Rouhani also increased funding for the IRGC, which is the main force behind both the crimes against humanity in Syria, and behind the well-recognized crackdown on activists, journalists, artists, and dual nationals in Iran. Since taking office in 2013 under the West’s belief of his ‘moderate’ positions, Rouhani has overseen more than 3,000 executions.

If the administration makes itself aware of the history of violence and human rights abuses in the Islamic Republic, Abedini says, it will instate an assertive foreign policy, one that sees the Iranian regime clearly and puts pressure on the IRGC. The organization should be listed as a foreign terrorist group, Abedini says, and should therefore be subject to serious, effective sanctions, which would effectively cripple the regime’s terror machine for the betterment of the Iranians, the region and the world.