The majority members of the Italian Parliament have made a bipartisan call to urge the Italian government, the EU, US and UN to do everything in their power to implore the Government of Iraq to release the seven Iranian dissidents taken hostage in Iraq. The dissidents were residing in Camp Ashraf and were abducted during a raid by the Iraqi forces on September 1.  During the raid, 52 refugees, all members of the main Iranian opposition the People’s Mojahedin Organization of Iran (PMOI/MEK) were massacred.

In their bipartisan call, the Italian legislators also demanded immediate steps to guarantee the safety and security of 3,000 Iranian dissidents who reside in Camp Liberty, near Baghdad. Camp Liberty has come under several rocket attacks by the agents of Iran in the past few months, resulting in death of 10 of dissidents and the wounding of scores of others.

Iranian dissidents in Iraq are protected persons according to Geneva conventions and are under international protection. 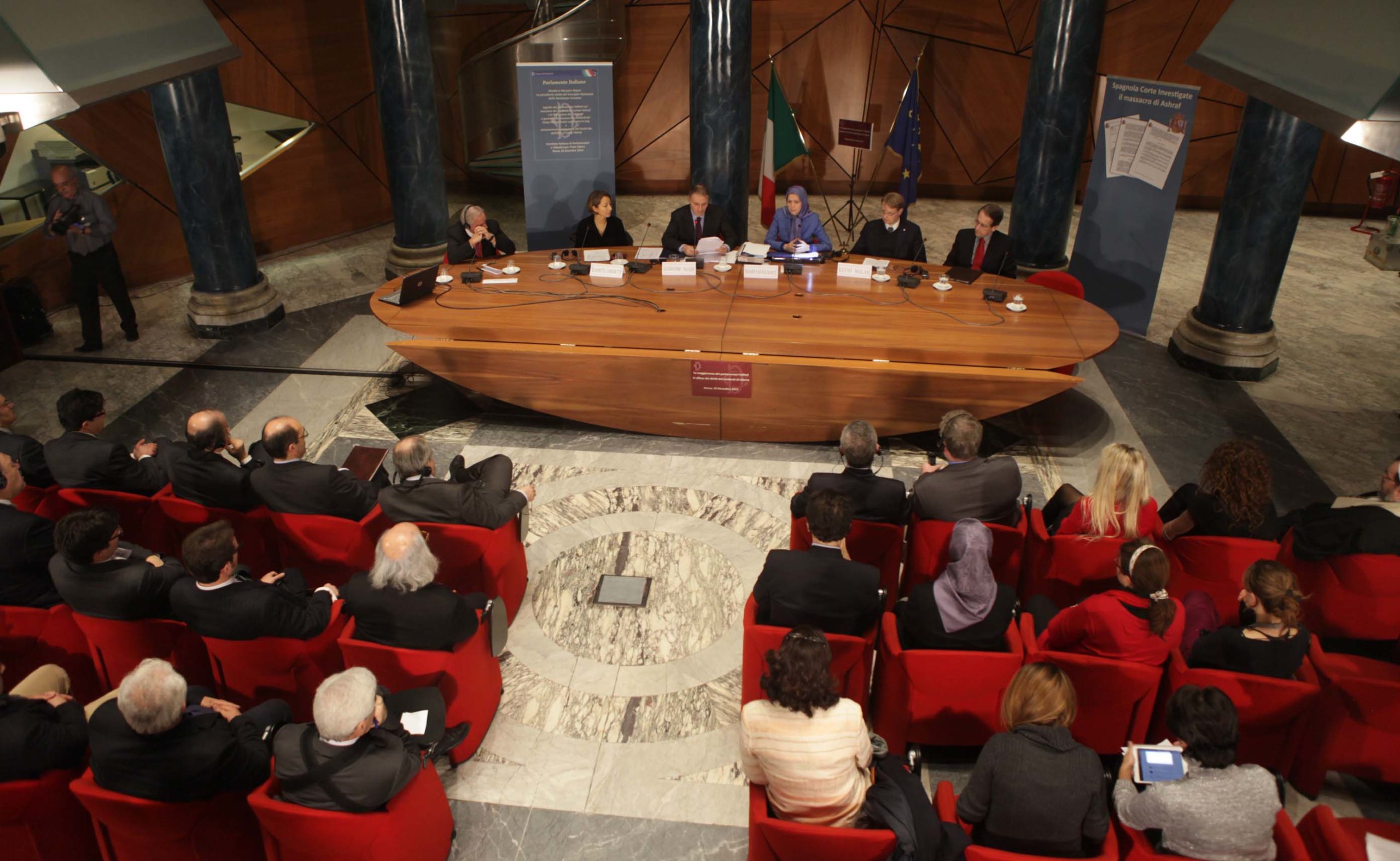 Iran News Update (www.Irannewsupdate.com) in Rome reported that the initiative by the majority members of Italian Parliament coincided with visit of Maryam Rajavi, the President-elect of the National Council of Resistance of Iran, to the Italian capital.

The Italian legislators stressed that three months after the massacre in Ashraf ‘no independent investigation on the September 1 massacre has been conducted and minimum steps were taken to guarantee the security of Camp Liberty. These are of concern to us’.

According to Italian Parliamentarians, the human rights situation in Iran remains dreadful and human rights abuses in Iran, in particular the number of executions, have intensified during the tenure of Hassan Rouhani as President.

Italian legislators from all political groups also expressed their support for ’10-point plan of Mrs Rajavi for establishment of a democratic, secular government in Iran’.