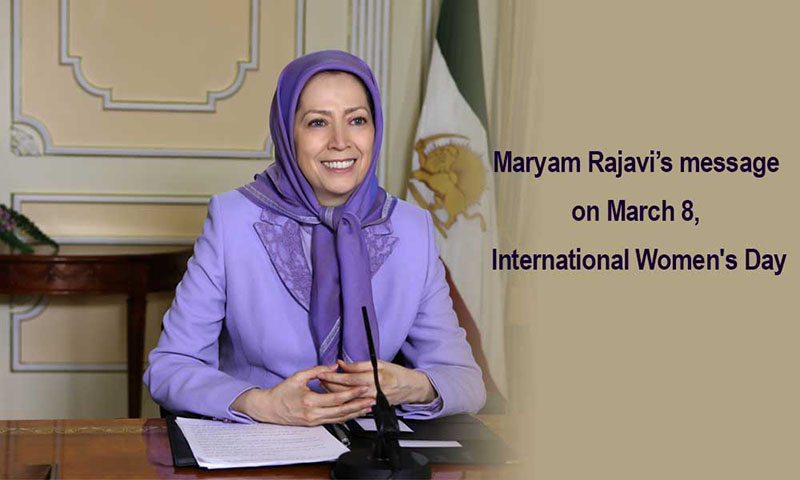 In our previous part, we looked at what Maryam Rajavi said were the biggest problems facing women in Iran. Here we will look at the steps that Maryam Rajavi advises are necessary to women’s liberation in Iran.

Maryam Rajavi said that because the Regime is the “arch nemesis of women” and the “primary obstacle against freedom and equality”, the first step towards women’s equality in Iran is the overthrow of the Regime. Thus women, who have suffered the most injustices under the mullahs and have the highest motivation to remove them, must join the Resistance to fight the dictators and free Iran.

Maryam Rajavi notes that the key for progress on women’s equality is solidarity and collective action, which brings all women together to fight hand-in-hand for the same goals, as this will increase capabilities and reduce fears and deficiencies.

Maryam Rajavi said: “Every woman’s talents and potentials can be realized to the highest extent only through solidarity with her sisters. When individual action evolves into collective action, facing barriers becomes easier. So, each one of us can advance ahead and be effective to the extent that we avoid abandoning our sisters. We need to have more women in our ranks.”

She advises that many women already involved in the Resistance have, in response to the ongoing threat of the mullahs, taken their activities to new heights and have proven that women can create incredible change if they work together.

Maryam Rajavi said: “Women in the Iranian Resistance have blazed the trail in this regard. They see their success and advancement as being dependent on the advancement of the collective. Their efforts are a way for the advancement and progress of their other sisters. They are flag bearers for values such as self-sacrifice to save their enchained people and also for placing priority on their sisters’ collective progress versus individual advancement.”

She also highlighted the brave women in the Resistance who have put their lives on the line to protect others, like Jila Tolou who dove over her sister to protect her from the bullets during the Regime’s massacre at Camp Ashraf.

But Maryam Rajavi believes that is not just necessary to fight the oppressors already in power but to fight against the wrong beliefs that they have imposed on the women of Iran to change the hearts and minds of every Iranian about the role of women.

Maryam Rajavi said: “We have to struggle for not only what is possible, but what must be. And on this path, shifting the mindset and dislodging of women’s own beliefs is a significant and extremely imperative step. Rising up, searching for new values and discovering the potentials of the self and others in a collective effort and struggle supplies the roadmap for the struggle for freedom and equality…Women have not been born to submit to intimidation, injustice and exploitation. They can and they must change the world in accordance with the ideal of equality.”