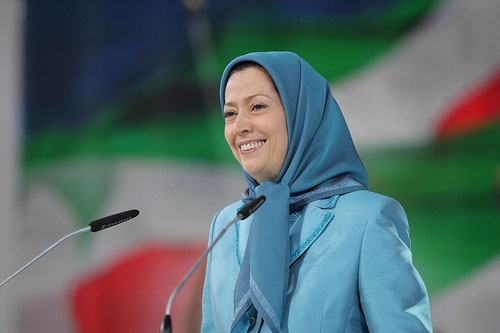 During the meeting held on Friday during a visit to France by Ahmad Jarba who increasingly demands arms from the West, the head of the Syrian opposition “praised the solidarity and fraternity of the Iranian Resistance with the Syrian revolution,” according to a statement by the NCRI. 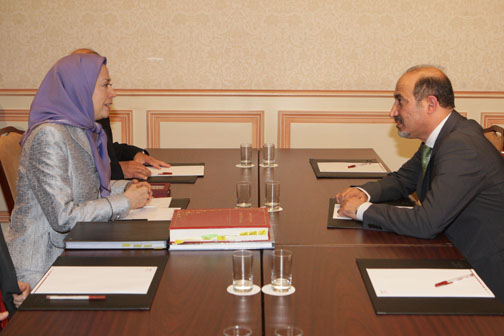 “We and Iranian people are fighting in a common front against a common enemy for the same objective. Mr. Jarba added that the ruling mullahs are devoid of any legitimacy and fate of Syrian people and the Syrian revolution are intertwined with the fate of Iranian people and its legitimate representative, i.e. the Iranian Resistance, led by Mrs. Rajavi,” said Mr. Jarba , according to the statement.

Mrs. Rajavi condemned the “all out support” provided by the Iranian government to the regime of Bashar al- Assad and its policy of repression, according to the NCRI .

“At this meeting , it was stressed that the military , logistics management, and deployment of combat forces by the thousands is under the command of Quds Force of the Revolutionary Guards (Iranian elite force), said Afshin Alavi of NCRI.

Shiite Iran is one of the key allies of Syrian President Bashar al- Assad in his fight – which has lasted three years – against the majority Sunni rebels seeking to overthrow it.

Tehran strongly denies that its troops involved in the fighting in Syria, but acknowledges the presence of military advisers. Hezbollah, that is very close to Tehran, however has acknowledged fighting alongside the soldiers of the Syrian army.

According to the Syrian Human Rights Observatory, more than 162,000 people have been killed in Syria since the conflict began in March 2011.

*Translated from French by INU