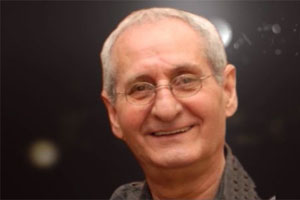 Mrs. Maryam Rajavi, the President-elect of the Iranian Resistance offered her deepest condolences to Asatourain family, particularly his wife Ayda, the Iranian people, members of NCRI, and the PMOI members at Camp Liberty.

Assatourian, who was Iranian Armenian, joined the National council of Resistance of Iran in 1990s. He had a deep and profound affection for members of the People’s Mojahedin Organization of Iran (PMOI/MEK), residents of camp Ashraf and Liberty, and defended them vigorously over the years.

He was the embodiment of contemporary Iranian music of the past half a century.

Mrs. Rajavi described Andranik Assatourian as a great asset of Persian art and music that the Iranian Armenians have presented to the Iranian nation.

“Assatourian will also be remembered as another great Iranian Christian of the contemporary Iranian history,” she said.

Andranik Assatourian, who had composed and conducted some of the most memorable hits of Iranian contemporary music, left Iran in protest to the mullahs’ tyranny and did not allow his art to be misused by the clerical dictatorship.

Ando, as he was called by his friends and fans rejected the artists who allowed to be manipulated and exploited by the clerical regime.

According to Assatourian, the first mandate for an artist is to be patriotic and having affection for his people and this begins with rejection of the clerical regime.

In years in exile he continued his struggle for freedom and democracy in Iran.