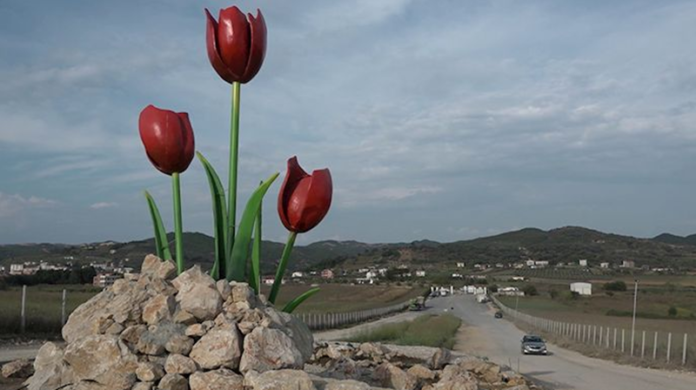 This greatly angered the Iranian Regime, who had spent years trying to assassinate the MEK in Iran and in Iraq, where they were supposed to be protected. Now the MEK, the democratic opposition to the Regime would be able to largely live in peace and safety, which would only allow them to focus more energy on bringing freedom and democracy to the Iranian People.

Soon enough, the time came for the MEK to move out of the accommodation arranged by the UNHCR and into their own space. As with Camp Ashraf in the 1980s, the MEK created a small, partially self-sustaining city, with sports facilities, medical practices, shops, restaurants, studios, offices, meeting halls, and dormitories.

The MEK’s new compound, named Ashraf 3 in tribute to their previous home, has heavy security to prevent any attacks on the MEK. This doesn’t stop the MEK from coming and going as they please or from having visits from family and friends who were denied access to their loved ones for years by the Regime during their proxy control of Camps Ashraf and Liberty. No one would want it to. Also, routine visitors are the journalists, politicians, and lawyers who are working towards a free Iran with the MEK.

The Iranian Regime, however, cannot stand that the MEK was able to escape. That’s why they launched a propaganda campaign to demonise the MEK in Western media in order to make people fear the MEK, governments less likely to support the MEK, and make it less likely that the world would react to the Regime’s next attack on the MEK.

The Regime has spun countless; long-dictator lies about the MEK to naive journalists who fail to do their due diligence. They claim that Ashraf 3 is a prison ruled by a hard-line group that denies even basic freedoms, like the ability to leave, and that the MEK torturers or even murders defectors. That’s not the MEK, that’s the Iranian Regime.

One particular story that the Regime loves to tell is of Somayeh Mohammadi, a 38-year-old woman supposedly held captive by the MEK. The story seems convincing when you hear that her parents have routinely appeared outside Camp Ashraf in Iraq to yell abuse through loudspeakers and claim that they want their daughter released.

But, for that to be true, Mohammadi would have had to have been moved twice – once by the US army and once by the UNHCR – without saying a word to the people who could have taken her away from the MEK. This is particularly hard to swallow when you realise that the MEK is also unarmed, so you have no idea how they could hold someone against their will.

Of course, Mohammadi is not being held against her will, as she has said numerous times and is, in fact, estranged from her parents who are the paid stooges of the Regime. That won’t stop the Regime from repeating it though.

The Regime also plotted terrorist acts against the MEK in Albania, France, and Denmark respectively in 2018 alone. That’s how desperate they are to wipe the MEK out. The world must stand with the MEK and against the Regime.