Home News Iranian Opposition U.S. Congress Calls for the Accountablity of Iran Regime in the 1988... 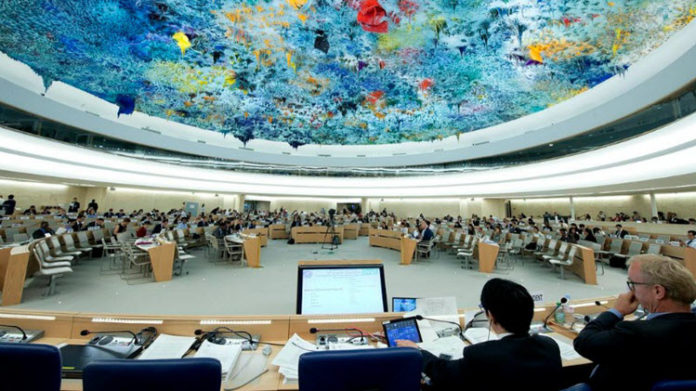 Zibakalam stated, “Iranian regime has killed thousands of MEK members just like killers of Imam Hossain (a 7th century revolutionary Shiite leader who made the ultimate sacrifice for social justice in the face of corruption and tyranny).” He added, “…thousands of members of the People’s Mujahedeen opposition organization were killed without any trial and any proof of the crime on them, during the first years after the revolution.” He was referring to the massacre of 30000 political prisoners in the summer of 1988.

Proof of the massacre was further revealed by an audio tape released on August 9, 2016, by the son of Hossein-Ali Montazeri, Khomeini’s former heir. He published the shocking audio tape on his website, and in it Montazeri can be heard telling a meeting of members of the “Death Committee” 28 years ago that they were carrying out a crime against humanity. The “Death Committee” was formed following a fatwa issued by Khomeini.

Members of this committee included Mostafa Pour-Mohammadi, representative of the Intelligence Ministry; Hossein-Ali Nayyeri, the religious judge; Morteza Eshraqi, Tehran Prosecutor; and Ebrahim Raissi, Deputy Tehran Prosecutor. Pour-Mohammadi is currently Iran’s Justice Minister, Nayyeri is the head of the Supreme Disciplinary Court for Judges, and Raissi is a member of the Assembly of Experts and the head of the Astan Qods-e Razavi foundation, one of the most important state-affiliated political and economic powerhouses in Iran. He is also a candidate to succeed Khamenei. All were present at the meeting recorded on the audio tapes.

The following statements by Montazer at this meeting were reported in an article published by the Nation Council of Resistance of Iran (NCRI) last March:

“In other cities, they committed all sorts of things (crimes) … and in Ahwaz it was really horrendous. This judge, that judge, in this city, in that city, they condemned someone to 5 years, 6 years, 10 years, and 15 years. Now executing these people while there have been no new activities (by the prisoner) means that the entire judicial system has been at fault.”

Addressing Pour-Mohammadi, the representative of the Intelligence Ministry, Montazeri said:

“Intelligence had control on the (killings) and had invested in it. Ahmad Khomeini (Khomeini’s son) has personally been saying for 3-4 years that the PMOI affiliates should all be executed, even if they only read their newspaper, publications or statements.”

“15-year-old girls and pregnant women were among those killed. In Shiite jurisprudence even if a woman is ‘Mohareb’ (waging war on God) she shouldn’t be executed, I told Khomeini this but he said no, execute the women too.”

The Montazeri tape revealed the scope and breadth of the massacre, sending shockwaves in Iran, especially among the regime’s officials.

Hossein-Ali Montazeri was subsequently dismissed as the heir by Khomeini for these remarks, and spent the rest of his live under house arrest.

Ahmad Montazeri, who published the audio tapes, was sentenced to 21 years imprisonment and to be stripped of any clerical authority on November 27, 2016, by a Special Clerical Court in the Iranian city of Qom for releasing a tape that captures his father denouncing the 1988 massacre of political prisoners in the Islamic Republic of Iran.

Zibkalam’s statements come at a time of the rising popularity of MEK in Iran, particularly among the Iranian youth. This trend is so alarming to the regime, that the chairman of a state funded foundation called ‘Habilian’ recently announced that 300 exhibitions against MEK has been held all over Iran.

The People’s Mojahedin Organization of Iran (also known as MEK, or Mujahedin-e-Khalq / Mujahedeen-e-Khalq), was founded on September 6, 1965, by Mohammad Hanifnejad, Saeed Mohsen, and Ali-Asghar Badizadgan. All were engineers, and had previously been members of the Freedom Movement (also known as the Liberation Movement), created by Medhi Bazargan in May 1961.

The MEK’s sought a true interpretation of Islam, an inherently tolerant and democratic religion, which is completely compatible with the values of modern-day civilization. Using this view of Islam, it took six years to develop a strategy to replace Iran’s dictatorial monarchy with a democratic government.

The MEK is the oldest and largest opposition group in the Middle East. It has been active for more than a half century, battling two dictatorships and a wide range of issues. The MEK supports:

– Universal suffrage as the sole criterion for legitimacy

– Ban on the death penalty

– Separation of religion and state

– Equal participation of women in political leadership. MEK is actually led by its central committee consist of 1000 women.

– Modern judicial system that emphasizes the principle of innocence, a right to a defense, and due process

– Relations with all countries in the world

– Commitment to a non-nuclear Iran

The MEK has remained a strong and cohesive organization, with membership both worldwide and deep within Iran. The MEK is the leading voice for democracy in Iran. Supported by its interpretation of Islam that discredits the fundamentalist mullahs’ regime.

Six human rights organizations with consultative status to the United Nations human rights body have submitted a joint written statement to the current session of the Human Rights Council about the 1988 massacre of tens of thousands of political prisoners in Iran, the majority of whom were members the People’s Mojahedin Organization of Iran (PMOI) or (MEK) highlighting the need for the international community to hold the perpetrators to account.

The General Assembly adopted Resolution A/RES/71/204 on December 19, 2016 , calling on Iran to “launch a comprehensive accountability process in response to all cases of serious human rights violations, including those involving the Iranian judiciary and security agencies, and … to end impunity for such violations”. Iran, however, has failed to comply with this call.

The NCRI recommends that:

1. The UN High Commissioner for Human Rights and the UN Human Rights Council place the massacre on their agenda and as a first step appoint an international commission to investigate this atrocious crime;

2. The Special Rapporteur on the human rights situation in Iran, Asma Jahangir, carry out an inquiry into the 1988 massacre as part of her mandate;

3. The Special Rapporteur on the promotion of truth, Pablo de Greiff, carry out an inquiry into the 1988 massacre as part of his mandate.

Additionally, The Washington Times reports the official record of the U.S. Resolution 188 entitled “The condemnation of the Iranian government for the massacre of political prisoners in 1988 and the invitation to call for justice for the victims.”

Representatives of both parties, Republicans and Democrats, including the chairs and ranking members of committees on foreign affairs, National Security and Legislation, and 46 legislators supported the resolution.

A press release was issued to inform about the release of the Resolution 188 by the Chair of the House Homeland Security Committee from the Republican Party, Michael McCaul, and the ranking member from the Democratic Party in the House Foreign Affairs Committee, Eliot Engel. 46 U.S. legislators from both parties intend to send an invitation to the U.S. government and its allies in order to publicly condemn the massacre of 1988.

They plan to call on the UN in order to set an investigation committee to bring the perpetrators of this crime to trial.

Resolution 188 stipulates that the current Head of the Judiciary and Mostafa Pourmohammadi are among the perpetrators of the massacre. 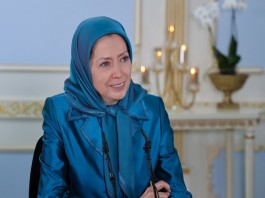 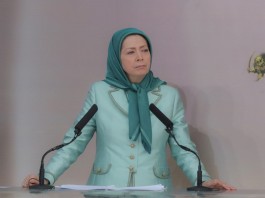 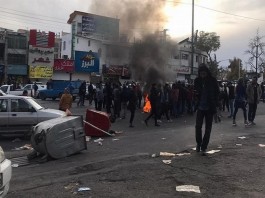