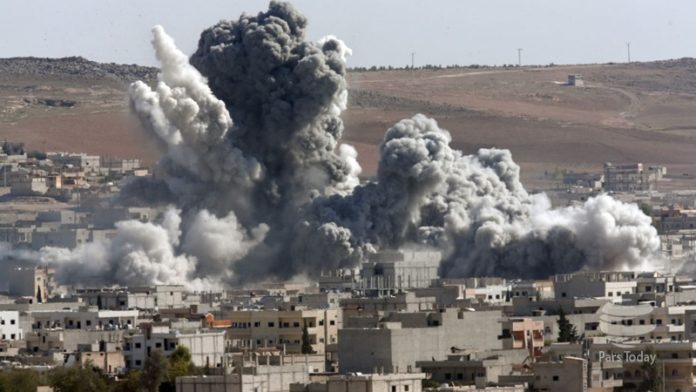 Iran’s efforts on the Yemeni front against Saudi Arabia show that letting Iran take over Syria, Lebanon and Iraq will not simply end there. According to Abdulrahman al-Rashed, former General Manager of Al Arabiya News Channel, “Iran’s control over Lebanon enabled it to take over Syria by using Hezbollah which it nurtured to be its regional power.”

He says that Iran also used some Lebanese institutions to support its operations in Syria and it used Lebanon to support its Yemeni proxy, the Houthis.

“Iran resembles a house made of glass following protests which erupted in dozens of cities and raised slogans demanding its exit from Syria,” writes Abdulrahman al-Rashed.

With the recent clashes in Syria, a positive outcome would be that all major parties may be forced to agree on solutions that avoid direct wars and minimize losses. Or, they can have negative results, and expand the conflict.

The US secretary of defense has reiterated that they are militarily present in Syria to confront ISIS. Still, fighting terrorism may lead to confronting Iran.

Al-Rashed believes that when controlling the conflict between Russia, America, Iran, Turkey and Israel fails, Iraq will be the most prone to danger. As well, if Turkey engages in battles against the Syrian regime’s allies or insists to pursue Kurds who are allied with the US, he thinks it will be in danger. He says that Israel has enough power and alliances to be less vulnerable to threats.

The conflict in Syria will also affect Iran, itself. The people of Iran have already voiced their opposition to war in Syria, and any expansion is a possible threat to the Khamenei regime in Tehran, as more money is directed toward it, instead of to the dire economic situation in the country. The Iranian people staged massive protests at the turn of the year, calling for not only and end to Iran’s efforts in Syria, but also regime change.

The Iraqi war should have proven that the region is subject to conflict and divisions, no matter the appearance of being governed with clear rules of engagement. What guarantees the security and stability of countries that are surrounded with war is security, and an end to expansive political projects.