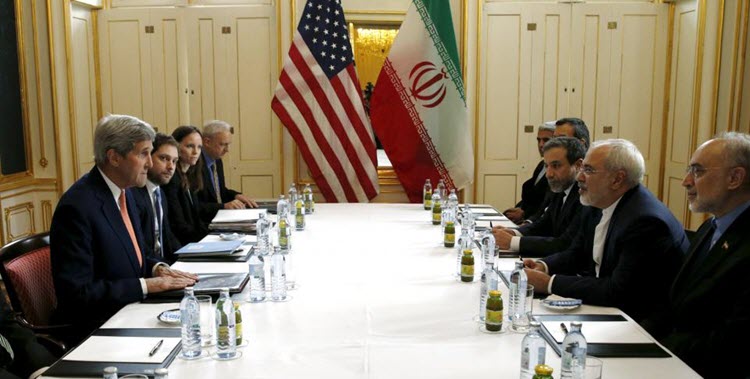 So, Iran got what it wanted and the non-nuclear issues were left out of the deal. However, it has shot itself in the foot by insisting on this because the United States has been left with no choice now but to address the non-nuclear issues and has imposed numerous economic sanctions. The Iranian regime cannot dispute these sanctions because they are outside the scope of the nuclear deal.

The Iran lobby said that these additional sanctions were threatening the essence of the nuclear deal and warned that it could push Iran closer to nuclear weapons if the deal was dismantled. Trita Parsi, one such lobbyist from the National Iranian American Council, said that President Trump would be responsible for the collapse of the deal because his administration is taking steps to undermine Iran. He said that Iran will not hesitate to pull out.

However, how can arguments like this be taken seriously when it is the Iranian regime that is seriously jeopardising the deal by launching ballistic missiles, destabilising numerous countries in the Middle East and spreading fundamentalism and terrorism? This has nothing to do with the Trump administration because it all started long before Trump took office.

Parsi indicated that the Iranian regime has now decided to increase its spending on its ballistic missile program as a response to the sanctions imposed on Iran. However, he forgets to mention that Iran has been working on it for more than ten years.

Iranian President Hassan Rouhani also threatened that the deal could fall apart, but he gave away some damning information when he said that his country could build nuclear weapons “quickly”. He said: “In an hour and a day, Iran could return to a more advanced (nuclear) level than at the beginning of the negotiations.” This goes to show that the aim of the deal – to push back on the breakout period – has not been met. The deal has been a failure.

North Korea is being condemned by all angles for using the nuclear threat. Why is nobody doing the same with Iran?