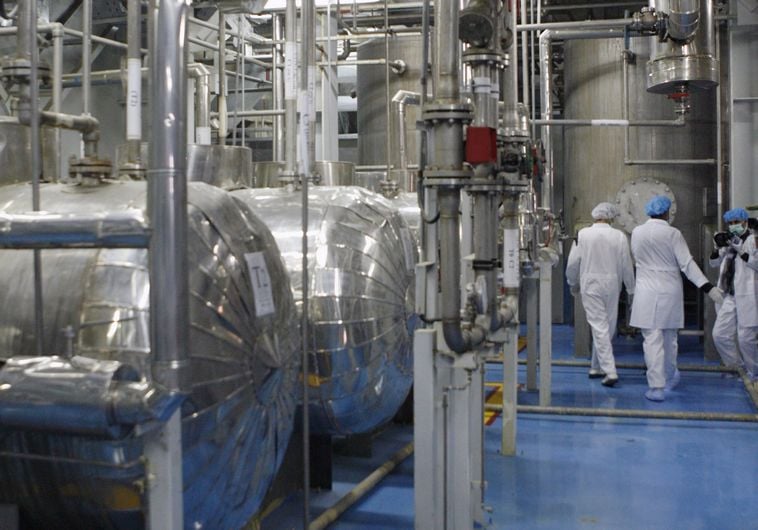 If the agreement passes both legislatures, foreign entities can be expected to react to a changing set of circumstances including a newly enriched Iran, following the end of economic sanctions. According to many critics of the deal, the long-term effects will also include Iran’s continued progress toward a nuclear weapon, either through deception of the International Atomic Energy Agency or through legal activities on some dimensions of the program, so as to speed its progress toward a nuclear bomb after the deal expires or is cancelled.

A number of critical concerns about the failings of the deal were reported anew in the Jerusalem Post on Tuesday, in light of comments by Israeli Foreign Ministry Director General Dore Gold. He emphasized that Iran’s ballistic missile stockpiles were never on the agenda of P5+1 negotiators, and that last minute concessions in the nuclear talks allowed for Iran to purchase such weapons on the open market, giving it access to some of the most advanced delivery systems for a future nuclear weapon.

Gore also insisted that the deal involves insufficient verification of Iranian compliance, meaning that Tehran can be expected to circumvent imposed restrictions just as it and other nuclear-threshold states have done in the past.

Referring to Iran’s interventions in various areas of the Middle East including the civil wars in Syria and Yemen, Gold asked, “How can you expect Iran not to try a nuclear breakout and create an atomic bomb?”

This question and the question of its likelihood of so doing are of serious concern to other Middle Eastern governments apart from those of Israel and Iran. Tehran’s support for terrorist groups like Hamas highlight the direct threat that it poses to Israel, but its intrusion into Yemen, Bahrain, and other Arab countries poses a threat to Iran’s other main regional adversary, Saudi Arabia.

As such, media reports have begun to speculate about the Saudi response to the implementation of a nuclear deal about which many of Iran’s enemies are extremely skeptical. While negotiations were still ongoing, Saudi Arabia made public statements suggesting that it would attempt to match whatever nuclear development Iran was permitted under a final agreement. Now that a deal has been reached, DNA India reports that Saudi Arabia is likely to “accelerate its own nuclear power plans, creating an atomic infrastructure it could, one day, seek to weaponize.”

The extent of these efforts and their implications for global security depend to a great extent upon what the Saudis believe Iran will actually be able to get away with under the current agreement. If remarks by Prince Bandar bin Sultan, the former Saudi Ambassador to the United States are any indication, some portion of the Saudi government believes that an Iranian nuclear weapon is still a plausible outcome of the current situation.

According to the Jewish Press, Prince Bandar declared that the nuclear deal will “wreak havoc in the Middle East,” and he suggested that, much like Israel, some Gulf States could be willing to launch attacks on Iran’s nuclear sites even over US protests.

However, DNA India gives a more measured assessment, acknowledging that Saudi Arabia will not be quick to jeopardize its relations with the US. But analysts are reportedly divided over whether the Saudis might contribute to nuclear proliferation, especially given their recent efforts to stand up to what they perceive as a conciliatory US policy toward Iran.

Saudi Arabia thus faces a decision as to whether the risks of having its own advanced nuclear work discovered and sanctioned would outweigh the risks of allowing the Iran nuclear deal to go forward uncontested. In this sense, much depends on Western policies and international enforcement as they apply both to Saudi Arabia and Iran.

Adding to Dore Gold’s criticisms, Arutz Sheva points out that Ali Akbar Velayati, senior advisor to Iranian Supreme Leader Ali Khamenei said on Tuesday that international inspectors will have zero access to Iranian military sites, including those where the Islamic Republic is already believed to have conducted research relevant to the military dimensions of its nuclear program. Meanwhile, Foreign Minister Javad Zarif emphasized that there would be no restrictions on Iran’s ballistic missile capabilities under the agreement.

These defiant remarks raise the specter of Iran’s cheating and pushing the limits of the agreement, but they also contribute to the image of persistent conflict between Iran and the US. On Saturday, Khamenei said that relations with the US would not change, and on Tuesday US Secretary of State John Kerry described these remarks as “very disturbing,” according to The Blaze.

This could actually change the Saudi calculus in favor of complying with the US, if the US responds by pushing for greater enforcement and constraining Iran in other areas. This exact course of action was recommended on Tuesday in a Wall Street Journal op-ed by Nicholas Burns, undersecretary of state and diplomatic point man on the Iran nuclear program during the George W. Bush administration. He acknowledged that the nuclear deal is flawed, but advocated for accepting it as it is and doubling down on efforts to constrain and weaken the Iranian regime with respect to its destabilizing activities in the region.

Iran’s critics fear that if not constrained through concerted international effort, its influence in the region could grow thanks to the end of economic sanctions. One aspect of this was detailed by the Times of Israel on Tuesday in an article that described the Palestinian terrorist group Hamas as being essentially caught between the economic benefits of expanding relations with Iran and the political and sectarian benefits of moving toward Saudi Arabia instead.

The outcome of this tug-of-war may be a partial indicator of how threatened Saudi Arabia is by a post-nuclear-deal Iran. By keeping up pressure on Iran with respect to its foreign activities, the West might well be able to influence such outcomes and in turn limit the incentives that Saudi Arabia sees for contributing to Middle Easter nuclear proliferation.