The International Committee In Search of Justice (ISJ) disclosed in a press conference in Brussels today (Thursday, Nov 20, 2014) that in the past two decades the Iranian regime has concealed its nuclear military program inside a civil program and has covertly advanced it.

In this conference, ISJ presented the conclusion of its extensive investigation of several months about Iranian regime’s nuclear projects in a 100-page report. According to this investigation, Iran’s nuclear program in the past two decades has been composed of two apparently dissimilar systems; one is a civil system that includes the Atomic Energy Organization of Iran (AEOI) and the universities, and the other is a military system that has been the principal part and the clandestine aspect of this program. These two structures, much like two concentric circles, have worked side by side with the nuclear military system at the heart of this program.

According to the ISJ report, the unconcealed section of Tehran’s nuclear program has systematically supported the military section. In fact, in a systematic manner, the outcome of researches, achievements and advances in the unconcealed section has been used in the military section which has been the ultimate beneficiary of the advancements and experiences.

Dr. Alejo Vidal-Quadras, the President of ISJ and a professor in nuclear physics, as well as the former Vice-President of the European Parliament (1999-2014), announced in this meeting that this non-governmental organ has investigated 10 major subjects of Iran’s controversial nuclear program. This meeting was held on the verge of the November 24 deadline set to achieve a comprehensive agreement between P5+1 and the Iranian regime. Because of the probability of the military nature of Iran’s nuclear program, these ten selected topics are the most important.

This unprecedented study is based on all IAEA reports, the disclosures by the National Council of Resistance of Iran (NCRI) which is a coalition of Iran’s democratic opposition forces, reports by other credible NGOs, as well as the Iranian regime’s responses to  10 major subjects of Iran’s controversial nuclear program.

John Bolton, former U.S. Ambassador to the United Nations; Robert Joseph, former U.S. Undersecretary of State for Arms Control and International Security; and Mohammad Mohaddessin, Chair of NCRI Foreign Affairs Committee, were the other speakers to this conference.

Robert Joseph called the ISJ report an extremely important report at a very crucial time. John Bolton noted that this is a very timely and well-documented report with worrisome findings about Iran’s nuclear program. Foundation for Middle Eastern Studies (FEMO), a Paris based NGO described the report as: “A unique and well documented report highlighting the weaponization as the undisputed core of Iran’s nuclear program.”

Robert Joseph said: “Under the guise of a peaceful program, Iran has put in place an enrichment capacity able to produce fissile material for nuclear weapons.  In parallel, Teheran has for years stonewalled the IAEA in its investigation of Iran’s suspected weapons activities — froom work on detonators to the design of a ballistic missile warhead.  The ISJ report makes clear that the quest for a nuclear weapon has been, and remains, at the heart of Iran’s program.  The report thoroughly documents the evidence of Iran’s grand deception and serves as a warning for the future.”

According to John Bolton: “Iran is clearly still determined to reach its long-time goal of obtaining deliverable nuclear weapons.  The regime’s strategies have shifted, its tactics have evolved, and its public statements have varied, but its objective has never changed. The ISJ report makes this clear.  For the rest of the world to ignore the mullah’s single-minded determination would be extraordinarily dangerous for international peace and security.”

The ISJ report demonstrated that Tehran has executed specific programs and projects on all essential aspects of the nuclear weapon (including enrichment, weaponization and launching a warhead).

This report with schematics, diagrams and plans shows that the unconcealed section acts as the perfect cover to justify, procure and employ dual-use technology and equipment for the ultimate objective of the military aspect of the program. Much equipment has been procured for the military section of the nuclear project with this exact cover and pretense. Some of the organs at the highest levels of government, including the organs affiliated with the President’s Office, are directly involved in obtaining prohibited equipment or to skirt the sanctions to procure the requirements of these projects. During the years, many of the senior figures in both systems have been moving back and forth between the two. The universities under the control of the Revolutionary Guards (IRGC) and the Defense Ministry have played a key r ole in acting as a bridge between the two sections.

Dr. Vidal-Quadras stated that the Iranian regime has advanced a strategic scheme of deception. He scolded the policy of making concessions to the regime in the nuclear negotiations and emphasized that the one thing this investigation demonstrated is that Tehran is adamant in obtaining the nuclear weapon and there is no evidence whatsoever that this regime has ever halted the project or has any intentions to do so; diagonally opposite, this regime is resorting to further concealments in order to preserve its illicit clandestine nuclear program to achieve its ultimate objective and attain the nuclear weapon.

The President of ISJ stated that although the declared goal of the U.S. government is to ensure that Iran does not obtain the capacity to produce the nuclear bomb, but this splendid goal is nonetheless far fr om the policy that Mr. Obama has so far adopted. The consequence of this policy in the past six years has not only failed to distance the Iranian regime fr om the bomb, but has brought it closer to the nuclear bomb. The effective measure employed was the sanctions imposed on Tehran since 2011 thanks to the endeavors by the Congress that forced Iran to sign the Geneva agreement. However, diversion fr om the policy that the Congress insisted upon caused Khamenei to regress.

He stressed that in any possible agreement with this regime, the implementation of all Security Council resolutions, complete halt of all enrichment in Iran, acceptance of the Additional Protocol, and snap inspections of suspicious sites need to be included. Any concessions concerning these requirements or any agreement that falls short of implementing them would leave open the path for the regime to attain the nuclear bomb; an outcome that no democratic nation on earth can ever accept unless it is to commit suicide. 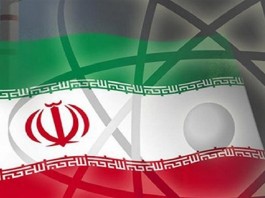 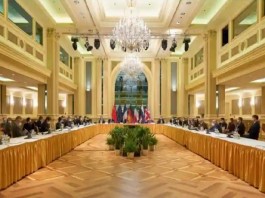 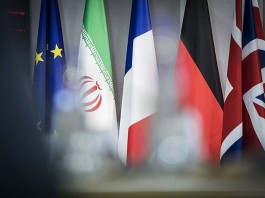