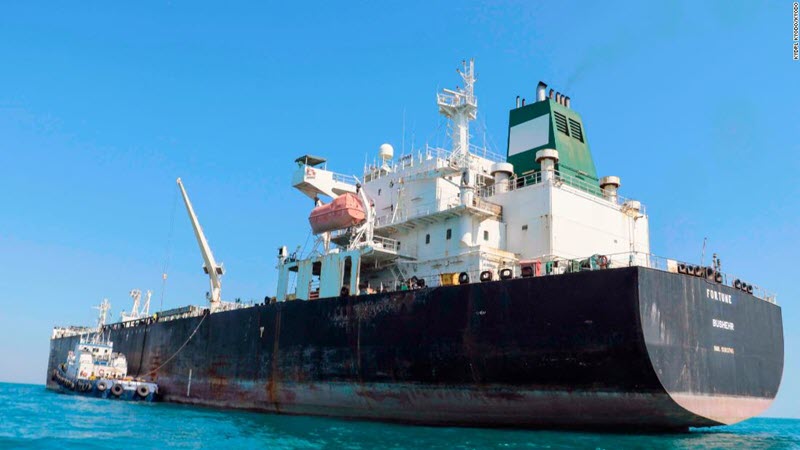 Tensions between Iran and the West have been escalating over the past few months and the Trump administration has made it very clear that it is going to continue putting the Iranian regime under “maximum pressure”.

Last year, President Donald Trump announced that the United States would be exiting the Joint Comprehensive Plan of Action (JCPOA), or 2015 Iran nuclear deal as it is more commonly known, and tough economic sanctions were re-imposed.

The Trump administration announced that it was planning on reducing Iran’s exports of oil to zero over a period of time. A number of countries, one of which was China, were granted waivers that expired and were not renewed in May this year.

Secretary Pompeo re-iterated that Zhuhai Zhenrong was being sanctioned because it had, despite the expiration of waivers, “knowingly engaged in a significant transaction for the purchase or acquisition of crude oil from Iran”.

Secretary Pompeo took the occasion to reiterate the United States’ warning to all companies and individuals that the Trump administration is prepared to act against anyone that does not abide by the sanctions. He said that the actions taken by the administration show that it is fully committed to the enforcement of sanctions and “to holding the Iranian regime accountable”.

Only last month, Brian Hook, the U.S. special representative for Iran said that “any imports of Iranian crude oil” will be sanctioned. He also said that the United States would be looking into the reports that there has been Iranian oil going to China since the oil waivers expired.

Hook said that Iran has been given many opportunities to take the diplomatic route, but time and time again it rejects it. Speaking about the Iranian regime’s ambitions, he said: “They have got to stop this sectarian agenda of creating a Shia corridor of power to dominate the Middle East. This is a clerical regime that wants to remake the Middle East in its image – and that would deeply destabilise the Middle East to have regimes following the same Marxist theocratic regime.”

Iran seems to have abandoned all hopes of keeping the Europeans on its side when it comes to the United States’ maximum pressure campaign. It seized a British tanker last week under illegal means and is releasing videos and images of the vessel and its crew in an attempt to taunt the United Kingdom.