This apparent boasting was quickly followed by threats regarding the possible cancellation of the JCPOA. Tehran has repeatedly issued such threats in apparent efforts to dissuade the US from taking punitive measures that would technically be allowed under the nuclear deal, but might lead Iran to claim violations.

Fox News reported on Tuesday that Iranian Deputy Foreign Minister Abbas Araqchi had spoken to fellow officials and the Iranian media, saying that Iran would walk away from the deal if it no longer perceived the enforcement of the JCPOA to be in line with Iran’s national interests. The proximity of these statements to the ballistic missile test is conspicuous and may be meant to imply that Iran would react harshly if ballistic missile restrictions – which are not strictly part of the text of the JCPOA – were enforced.

Similar conflicts emerged last year and continued through the January implementation of the deal, at which point the White House imposed new sanctions on several entities connected to Iran’s ballistic missile program. This measure was a response to missile tests in October and November, which also violated UN resolutions. It also came after considerable urging from US legislators representing both parties. Naturally, this legislative pressure quickly began to emerge again in the wake of the latest violation.

The National Council of Resistance of Iran reported upon this phenomenon on Tuesday. It quoted Senate Foreign Affairs Committee Chairman Bob Corker as saying, “The administration’s hesitancy and the council’s refusal to act after multiple violations last fall must not be repeated now that Iran appears ready to test the will of the international community with the nuclear agreement in place.”

The NCRI also noted that the committee’s ranking Democrat, Ben Cardin, had urged the White House to “act swiftly to raise these concerns at the United Nations and take action to hold all parties involved responsible for their actions, including, if necessary, through unilateral action.”

Reuters indicated that the US executive seems ready to act in accordance with this recommendation. An unnamed US official said that the issue would be raised with the UN Security Council if initial reports of the missile test were confirmed. The official added, “This development underscores why we continue to work closely with partners around the world to slow and degrade Iran’s missile program.”

However, some of the US’s longstanding partners have been critical of recent US policy toward Iran, especially as it concerns the Iranian nuclear and ballistic missile programs. Israeli Prime Minister Benjamin Netanyahu infamously declared, before the conclusion of the July 14 nuclear deal, that it would “pave the way” to an Iranian nuclear weapon. And America’s Arab partners, including Saudi Arabia, have given various indications that they might pursue nuclear capabilities equal to those of Iran, in order to prevent a widening power gap between them and Iran.

In the meantime, Saudi Arabia and its local partners have taken various actions, sometimes against the recommendations of the White House, to confront and forestall the growth of Iran’s general military power and regional influence. This includes the participation of the Arab coalition in fighting in Yemen, where Iran-backed Houthi rebels are fighting to permanently oust duly-elected President Abed Rabu Mansour Hadi. 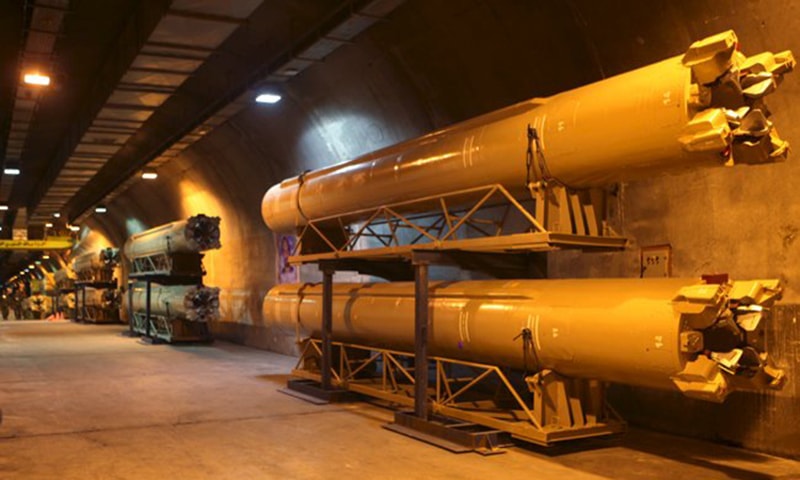 Iranian-Arab relations took a turn for the worse in January when Iranian mobs sacked the Saudi embassy and consulate in Tehran and Mashad, and there has been ongoing speculation about an expanding conflict since then. This has led many to interpret an ongoing coalition training operation, known as North Thunder, as an example of the Gulf Arab states sending a message of intimidation to Iran.

Eurasia Review reports that the coalition has denied this, with spokesperson Brigadier General Ahmad al-Assiri saying, “As far as we are concerned, we are working to safeguard the security of the Kingdom and other Gulf states.” He added, “The goals and objectives of the exercise [include testing] the mobility of Saudi infrastructure for a huge multinational military build-up and operations.”

But of course, in light of recent and ongoing conflicts, there is little reason to suppose that the Arab coalition does not see Iranian option as a potential factor in spurring such a huge build up and operation. Indeed, from the Arab perspective, the testing of a missile with a purported range of many hundreds of miles likely contributes to the perception of an emergent Iranian threat.

That threat is potentially amplified further, not only for the Arabs but also for the West, in light of persistent concerns about Iranian alliance with such powerful global actors as Russia and China. The developing relationship between Iran and Russia hit a snag this week with the apparent freeze of the long-anticipated transfer of an advanced missile defense system from Russia to Iran, but the easternmost members of the UN Security Council appear to remain very much in Iran’s corner on the nuclear deal and related issues.

This was made evident again on Tuesday when the Associated Press reported that the 35-member board of governors for the International Atomic Energy Agency was holding a meeting on the monitoring of Iran’s compliance with the Joint Comprehensive Plan of Action. The current IAEA report on the topic received some criticism from the West, leading members of the board to insist that future such reports be more detailed. Russia and China, however, publicly disagreed with this assistance, even in spite of the questions that the latest missile test raises in the minds of some policymakers about Iran’s willingness to cooperate with international will.

Iran has a famously close relationship with Russia on nuclear matters, with the latter having built Iran’s first nuclear power plant and being under contract to build others. Araqchi, the Iranian deputy foreign minister, reminded Moscow and the rest of the world community of this relationship on Tuesday, pointing out that Iran had purchased 140 tons of uranium yellowcake from Russia, as well as 60 tons from Kazakhstan.

These remarks were carried by the AP, and while they convey no explicit threat since yellowcake is not yet enriched, they may have been intended to give Western nations an indication of how prepared the Islamic Republic is to restart its full-scale enrichment program, in line with the above-mentioned threats of cancellation of the nuclear deal.