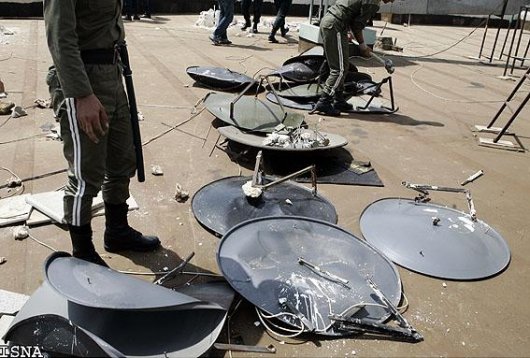 Homes in the cities of Gorgan, Gonbad, Azadshahr and Kordkouy in Golestan province were also raided and satellite dishes seized on May 18.

The confiscations are part of an ongoing campaign of oppression by the ruling elite, who have also crippled the internet and mobile phone networks in many cities to prevent protesters organising election demonstrations.

Officials have also ordered Zanjan city councillors to plant more trees to block the view of a women-only park that is currently overlooked by nearby buildings.