Like most Iranians, I love the World Cup. It’s a time where countries come together, grudges are forgotten and even civil wars are put on pause (yes this actually happened). At the same time, as a former member of Iran’s national soccer team, it is difficult to celebrate because it reminds me of bitter personal memories.

Allow me to explain.

Thirty-six years ago, as a young Iranian with big dreams, I had the honor of playing as halfback on the first Iranian national soccer team to qualify for the World Cup Finals. I traveled to Argentina in 1978 with irrepressible pride — as both a representative of Iran, and as a sportsman, whose hard work and training finally took me to the biggest stage in the world. 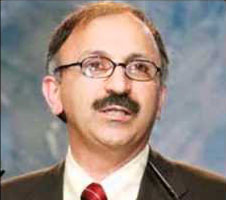 The mere fact that Iran was one of the top 16 teams in the world and made it to the World Cup was a huge achievement. The sky was the limit.

Though we left the tournament winless (we did draw against Scotland), it was a big step forward and a time that I will never forget. Things were changing for Iranian soccer, and little did I know at the time, but changes were to occur back at home as well.

Only a few months after the World Cup, the revolution occurred and the shah of Iran was overthrown. It was a hopeful time, one in which we thought the country would move forward toward democracy, economic growth and transparency — and an even greater World Cup showing.

But with the establishment of religious dictatorship by Ayatollah Khomeini, things started to deteriorate. Soccer was no different.

I fear, however, that the atmosphere surrounding the Iranian team will be far different from when my teammates and I wore the uniform of our country.

The clerical regime, dealing with a totally disenchanted and disgruntled population, in particular among the young people, is trying to use the World Cup as a tool. The regime’s objective is to pretend as though it is an advocate of sports, sportsmen and the Iranian national team — and in the process they hope to appease the growing animosity Iranians, Iranian youths in particular, have for the regime. The regime’s actions are nothing more than an act.

A day does not go by that I do not remember an Iranian soccer hero, my former teammate Habib Khabiri.

He was Iran’s rising star. Some have compared him to Kobe Bryant of the NBA. He was called up to Iran’s national team when he was only 20. Habib scored a dramatic goal from 40 yards out during a December 1977 qualifier against Kuwait.

After the revolution in 1979, he became the captain of Iran’s national team in 1980. Yet, he was arrested in 1983 by the clerical regime for supporting the People’s Mojahedin Organization of Iran (PMOI/MEK), the principal Iranian resistance movement. Habib was executed alongside 40 other dissidents in July 1984. He was only 29 years old and was tortured before execution. There has never been official acknowledgment of his execution.

Actually, many Iranian sportsmen, including former members of the Iranian national soccer team (scores of them my friends for years), are among the 120,000 who have been executed for supporting the Iranian resistance and its aspiration to establish democracy and human rights over the past three decades.

Even Iranian sports and its national team members have not been spared from mullahs’ unbridled reign of terror.

The Iranian national team represents the Iranian people, and this regime has no claim to it. In reality, anything that can mobilize and unite Iranians is viewed as a threat or potential threat by the mullahs. Hassan Rouhani, the mullahs’ new purported moderate president, is no different.

This gambit of supporting Iran’s team in the World Cup is just a smoke screen to divert attention from the regime’s international problems and its isolation at home.
The regime has plundered our nation’s once vast resources to the point that even preparations for the World Cup faced severe austerity measures. Due to lack of funding, the training camp was held in very poor conditions, with low-level preparation games.

I, like millions of Iranians in and out of the country, will watch the Iranian team play in the World Cup in Latin America this month and support it with great enthusiasm. But, we all know full well that until democracy is established in Iran, its sports teams will not fully represent the people of this great nation.

He is a member of the National Council of Resistance of Iran (NCRI), the coalition of Iranian opposition groups.