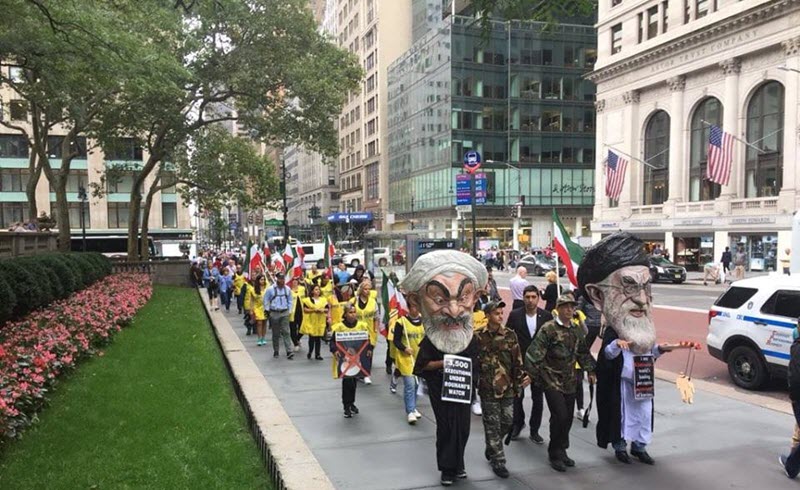 The Security Council will convene against the backdrop of the UN General Assembly, which began this week with individual meetings at the international body’s New York headquarters. Anticipating the start of the broader proceedings of the General Assembly, various policymakers and non-government organizations have been lobbying for more wide-ranging international attention for their most important causes. Trump administration officials can certainly be counted among these, as they continue to urge European governments and others to join in exerting pressure on the Iranian regime with the intention of comprehensively changing its behavior.

As part of this effort, the administration is clearly striving to call attention to the persistent threat of Iran-backed terrorism. This issue has already become significantly more visible in recent months following the arrest of several Iranian operatives in the US and multiple European countries. The American arrests were associated with spying on Iranian Resistance activists, and the criminal complaint against the operatives indicated that this spying was likely aimed at facilitating attacks on those activists. The European arrests, meanwhile, were related to specific plots, including a plan to bomb the international rally of the National Council of Resistance of Iran just outside Paris.

Direct references by the White House to such incidents were recently accompanied by the release of the State Department’s Country Reports on Terrorism. Fox News pointed out that in addition to reaffirming that the Islamic Republic is the world’s foremost state sponsor of terrorism, those reports specifically pointed to the ongoing collaboration between Iran and Al Qaeda – a relationship that is predicated on their mutual antipathy toward the US and other “enemies,” in spite of the sectarian differences between the Shiite theocracy and the Sunni terrorist group.

The Fox News report quotes terrorism experts as saying that Al Qaeda maintains a “core facilitation pipeline through Iran,” a fact that underscores broader concerns about the growth of Iranian proxy and terrorist networks throughout the Middle East. Separate communications from the State Department further emphasized the reality of these concerns when they reiterated that the US is absolutely certain of Iranian backing for the Houthi militant rebels who initiated a civil war in Yemen more than three years ago.

Al Masdar Online points out that this topic arose in the context of Wednesday’s speech at the Hudson Institute by Brian Hook, the US special envoy for Iran and the head of the Iran Action Group recently created by the White House. Hook called attention to missiles that have been fired into Saudi Arabia from Yemen and reminded listeners that the US had detailed the evidence of their Iranian manufacture. He then situated the topic in the context of the Trump administration’s outreach to European partners, urging them to “imagine if [such a missile] was launched at Heathrow Airport.”

So far, the Trump administration has largely focused on European security concerns in making the case for more assertive policies regarding the Islamic Republic. But other opponents of the Iranian regime have taken a more multifaceted approach. Various recent statements by the National Council of Resistance of Iran, for instance, have sought to appeal to European sensibilities through reference both to security concerns and the moral imperative to hold Iranian officials accountable for frequent and severe human rights abuses in Iran and surrounding spheres of influence.

At times, these two areas of focus overlap with each other, as was evident in an NCRI commentary published on Thursday, which warned of emerging civilian militias in Iraq that are linked to Iran. Such militias are, or would be, modeled on the Iranian Basij, which is controlled by the Iranian Revolutionary Guard Corps. The NCRI emphasized that that organization is largely responsible for the suppression of popular protests throughout much of Iran’s recent history, and it cautioned that if Iran’s regional activities remain unchecked they will likely lead to the reproduction of that repressiveness in neighboring societies.

Indeed, the NCRI points to early indicators of a crackdown on social activists in Iraq. But the known arrests pale in comparison to those that have been carried out inside Iran in recent months. An estimated 8,000 peaceful protesters were arrested just at the end of December and beginning of January, when anti-government protests were taking place all across the country.

As the CHRI emphasized in a report on Thursday, this and subsequent crackdowns are indicative of Iranian President Hassan Rouhani’s abject failure to follow through on a declared reform agenda. The report explains that Rouhani has repeatedly defended himself against criticism by saying that he has no control over the “independent judiciary.” But CHRI does not accept this explanation, noting that Rouhani has made no apparent effort to even criticize the judiciary’s actions, and that he does enjoy control over the Ministry of Intelligence, which has been another major contributor to the ongoing crackdown on dissent.

With the so-called moderate president’s abysmal human rights record in mind, CHRI urged the attendees at the UN General Assembly to give this particular emphasis in their communications with Iranian delegates, and to “directly address the worsening human rights situation.” CHRI has promised to underscore this message by display pictures of Iranian political prisoners on a mobile billboard outside the UN headquarters in the week ahead.

Meanwhile, groups affiliated with the National Council of Resistance of Iran can be expected to stage protests outside of the General Assembly when Rouhani is present, just as they have done in previous years.