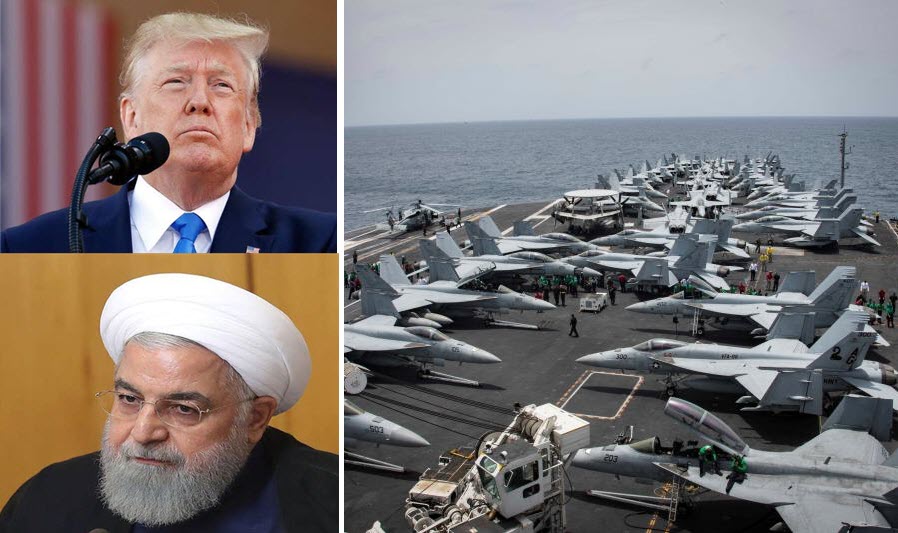 Just following this, the Iranian regime was deemed responsible by the U.S. for attacks on foreign vessels and a Saudi oil pipeline. It also attacked an unmanned U.S. drone that the regime falsely claims was in its airspace, and not international airspace as claimed by the U.S. military.

The possibility of military conflict cannot be dismissed, although many officials in Trump’s administration are adamant that this will not happen. Earlier this week, President Trump himself said that he would like to avoid war, although he stated that the United States in in a “very strong position” should it come to it. He also said that military confrontation with Iran would be swift: “I’m not talking boots on the ground … I’m just saying if something would happen, it wouldn’t last very long.”

The previous day, President Trump had criticised the Iranian regime for its course of action over the past few years, saying that “Iran is going down the tubes”. He said: “I don’t think their leadership is smart.”

Secretary of State Mike Pompeo also emphasised that the United States has tried to de-escalate the tensions between the two countries, but that Iran has decided to continue with serious provocations. He said earlier this week: “If there is conflict, if there is war, if there is a kinetic activity, it will be because the Iranians made that choice. I hope that they do not.”

Europe is also getting concerned about Iran’s increasing belligerence and European leaders have urged Iran to ensure that it continues to implement its 2015 nuclear deal commitments. There are concerns that Iran will disregard its commitments in retaliation for the U.S. economic sanctions that were put back in place.

The EU ambassador to the United Nations Joao Vale de Almeida said: “Today we may be at a critical juncture regarding the future of the JCPOA. Yet, it should be recalled that the JCPOA is a nuclear agreement that has been working and delivering on its goals. There is also no credible, peaceful alternative.”

European leaders have been long calling on Iran to remain within the framework of the deal but Iran has criticised the U.S. withdrawal that brought about the re-imposition of unilateral sanctions. Last month, Iran announced that it would be disregarding the JCPOA’s limits on enriched uranium and heavy water reserves.

Iran is under pressure from the international community, but the most damaging pressure is coming from inside the country. Domestic dissent is on the rise and the people are determined to see the clerical regime collapse.

The only solution is regime change because the mullahs are incapable of reform. It has been given chance after chance to prove otherwise.