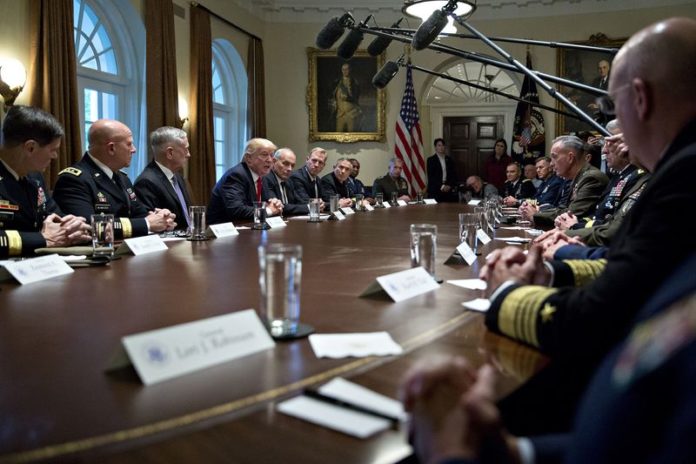 Many of the same advisors to continue to hold sway over White House policy, however, including Secretary of State Rex Tillerson, who has been given primary credit for preserving the deal at the time of the previous two deadlines. This is in spite of the fact that Tillerson has repeated many of Trump’s criticisms of the agreement and has called for thorough review of its enforcement. He has not, however called for unilateral withdrawal from it, presumably because of fears over the effect that this could have on the United States’ relationship with European allies.

On Tuesday, CNN reported upon Tillerson’s role in the run-up to the October 15 deadline, and it emphasized that these relationships remain an area of concern, perhaps even rising to the level of a crisis. In this sense, Tillerson is reportedly working to head off that crisis with a plan that addresses the president’s serious criticisms of Iran’s theocratic regime while keeping the Joint Comprehensive Plan of Action technically in force.

Specifically, Tillerson has been working with Congress to refocus the relevant legislation so that the president doesn’t merely report on the status of the JCPOA but instead reports regularly to Congress about overall Iranian threats to national security, including support of terrorism and the development and testing of nuclear-capable ballistic missiles. Such missile activities are not technically banned under the terms of the JCPOA itself, but Trump and others have frequently identified them as violations of the “spirit” of the agreement, especially insofar as they defy a United Nations Security Council resolution that was passed alongside the JCPOA and called upon the Islamic Republic to avoid work on weapons that are capable of carrying nuclear warheads.

The White House as a whole seems to have hinted at this shift in the run-up to the new deadline. It is expected that at roughly the same time Trump announces his decision on the matter of JCPOA compliance, his administration will also release the full results of a comprehensive review of Iran policy. Some results of that review have already allegedly emerged, and they include greater freedom for US military commanders to respond to Iranian threats in the form of missile launches and provocative maneuvers by Iranian Revolutionary Guard Corps naval forces in the Persian Gulf.

The CNN report notes that Secretary of Defense James Mattis expressed keen support of this review process as a means to addressing national security issues that are related to Iran but fall outside of the scope of the nuclear agreement. Many critics of the previous American presidential administration have argued that the narrow focus of the JCPOA distracted attention away from unrelated or tangentially related issues, including terrorist sponsorship, missile tests, and Iranian involvement in regional conflicts.

But as the Associated Press emphasized on Tuesday in a separate report, Mattis also specifically told a Senate hearing that he did not believe the US should withdraw from the JCPOA and that continuing to enforce it would be in the national security interest of the United States. On Wednesday, the Washington Post took Mattis’ comments, along with those of Joint Chiefs of Staff Chairman Joseph Dunford, as support for the conclusion that Trump’s own military generals are at odds with him over the issue of the JCPOA.

Other expressions of support for the nuclear accord have come from far more predictable sources, including a letter to the president that was reportedly signed by 180 House Democrats. On the other hand, some longstanding opponents of the agreement continue to urge Trump to uphold his campaign promise to tear up the deal, or at least to avoid the apparent endorsements that he offered to it with the two previous compliance certifications.

Bloomberg News reported on Wednesday that Arkansas Republican Senator Tom Cotton had laid out a strategy that the president could pursue after decertifying Iranian compliance. Cotton recommended that the White House withhold certification but without explicitly withdrawing the US from the agreement. This would then allow Congress to deliberate over the next steps, which might involve preparing a list of demands to be made of the Islamic Republic, which the White House could then pitch to European allies in an effort to build global consensus.

Cotton’s plan is notably compatible with the one that Secretary of State Tillerson is supposedly pursuing, although the latter places considerably less emphasis on the JCPOA itself. Also notable is the fact that Nikki Haley, the US ambassador to the UN, specifically pointed out in a speech to the American Enterprise Institute last month that the denial of presidential certification did not necessarily mean the US would be withdrawing from the deal. This seems to suggest that the president has considered Cotton’s plan or one very similar to it.

However, if President Trump’s plan poses any sort of threat to the JCPOA, it may continue to face serious challenges from some European policymakers. Various Iranian officials including Foreign Minister Mohammad Javad Zarif have boasted that Europe will show willingness to defy the US if Trump single-handedly undermines the nuclear accord. European officials have lent some credence to this conclusion, although the extent of the prospective defiance is certainly an open question.

On Wednesday, Reuters reported that Helga Schmid, the secretary general of the European Union’s foreign policy service told an Iranian investment conference that the EU would do everything in its power to preserve the JCPOA. Other leading European figures, like French President Emmanuel Macron, have directly urged the Trump administration to keep the agreement in force, although Macron and others have also seemed to soften their defense of it, acknowledging that the JCPOA does not do enough to constrain Iran, especially over issues that are not directly related to the nuclear program.

But even if Europe continues to diminish its resistance to a US-led shift in policy, the White House will continue to face challenges from other sources. Russia and China are both also parties to the JCPOA, as well as being permanent members of the United Nations Security Council. And on Wednesday, the Financial Times reported that Russian President Vladimir Putin had reaffirmed his government’s support for the Iranian position on the nuclear deal.

On the other hand, one might argue that the Iranian government itself is doing its fair share to undermine international support for the agreement, as by responding to Trump’s criticisms of the deal with even greater rhetoric. Zarif and other Iranian officials have publicly claimed that by continuing nuclear research after the implementation of the JCPOA, the regime has been preparing to ramp up its nuclear enrichment activities to greater levels than before, immediately after the deal ceases to be in effect.

Such commentary is presented as a reason for Europe to preserve the deal, which Tehran professes to be committed to. But such claims of commitment have also been undermined by the regime itself. According to The Guardian, the Iranian judiciary recently upheld a five-year prison sentence for an unnamed Iranian dual national who had played a significant role in the nuclear negotiations prior to July 2015. In so doing, the regime appears to be signaling general defiance against the West, as it has done with the arrest of several other dual nationals. But the incident also arguably speaks to a more specific aversion to the nuclear agreement, which hardliners fear represents the expectation of improved relations between Iran and the Western world.