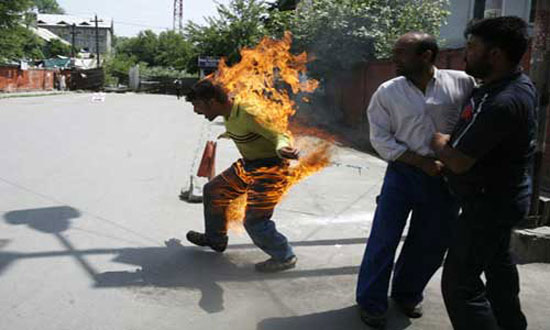 On Monday, February 17th, Hassan Rouhani, the Iranian regime’s president, visited the ministry of petroleum in Tehran. Simultaneously, a man set himself on fire across the ministry’s building.

He was 58-year-old and whose body was 55 percent burned. He was an employee of the oil industry in southern Iran.He set himself ablaze in protest at the appalling living conditions of retired people, including their removal from their company houses and the ignoring of their requests by regime officials.